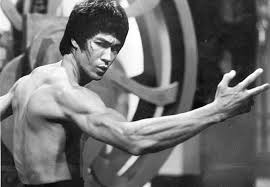 TODD: How did Bruce Lee die?

I pause to take stock of this strange opening salvo.

ME: He had some sort of brain haemorrhage.

TODD: That’s what the “suits” want you to think.

One of Todd’s great obsessions was the “suits”. Strangely, or perhaps this explains a lot, his father wore a suit to work every working day.

TODD (cont’d): Nah, the master died while facing his greatest challenge: he tried to eat a pound of hash in one sitting.

ME: That’s one of the great subterranean urban myths.

Todd is slightly flabbergasted by the sentence I’ve just uttered. Not surprising as it has had the same effect on the utterer himself. Thankfully, there’s no one bright around to make me explain it.

ME: Why are you here, Todd?

Todd had shown up rather randomly at my flat at an odd hour.

TODD: Just thought you needed to know about you know, the Bruce Lee thing. That’s all.

ME: Why the hell would anyone, let alone someone as savvy as Bruce Lee, eat a pound of hashish? Furthermore, how is it even physically possible?

TODD: Look, I’m no doctor. I just know the truth.

ME: That you picked up off Ian, a guy known for his prodigious fibs.

ME: Did you seriously come over just to tell me that stupid urban myth regarding Bruce Lee, one that you must have known I’d have heard about previously and furthermore think was total horseshit?

ME: At one point, you’ve told me them all. Like how Bruce Lee secretly died in a Battle Royale defending the honour of the Shaolin Temple. Or how he was killed by the CIA for being so awesome.

TODD: I just call them like I see them.

Todd had a tendency to speak in clichés, as you’ve no doubt already picked up on.

ME: Look, I know you have some strange need to think that Bruce Lee died by some sort of self-inflicted cause. That he could not have been victim to something rather random like a Cerebral Edema. But that’s what happened. That’s life, man. Not everything is a conspiracy – in fact, most things are not conspiracies. Todd, you just have to accept that sometimes things happen that don’t appear to make sense.

TODD: Can we talk about Nostradamus now?

ME: What do you think?

TODD: Can we at least sit around and listen to “Black Sabbath IV”?

ME: So long as you promise to not bring any implausible Bruce Lee death conspiracy theories into the conversation at any point.

TODD: I’ll do my very best to resist. You know that’s the most I can offer.

Todd did bring up Bruce Lee again, but only in the context of persons the “master” supposedly killed during fights, clearly mixing up reality and cinematic fiction, as was Todd’s wont. I let it slide.