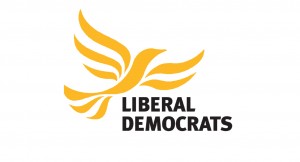 February, 2013. Eastleigh. I was knocking on doors in the hopes of helping the Lib Dems hold the seat in the by-election. Apart from meeting a lot of ex-Labour voters who told me they were going to be voting for UKIP and exactly why that was, I also spoke to a lot of people who told me a version of the following:

“I’m not a huge fan of you lot. But I’m not voting Tory, and anyway it seems like it’s between you and UKIP and I would do anything to keep them out. So I’ll be voting for you – not gladly, I’ll have you know, I’ll be holding my nose. But I will be voting Lib Dem.”

At the time I took hope from this purely on the basis that it demonstrated that people would still, post-2010, vote Liberal Democrat on a tactical basis. Sat here six months out from the general election, with the political landscape fragmenting every which way, I’m actually now taking something even more from what I saw on the ground in Eastleigh. Bizarrely, the Lib Dems could be the beneficiaries, for once, of the First Past the Post voting system.

First off, let’s examine that fragmenting political landscape briefly. Polls in Scotland suggest that the SNP can take a vast array of Labour seats, constituencies considered completely safe for Labour up until now. No one knows how much of their currently impressive polling numbers UKIP can hold onto come May 7th, but given the bonus of having two sitting MPs (at least) the party may do better than many within Westminster think – at least in terms of popular vote, if not seats. Add to this the possibility of a Green surge and you have a real mess on your hands.

So how does any of this help the Lib Dems? I preface here by saying it may well not; I’m simply outlining a very possible scenario in which the current climate falls nicely for the junior coalition partners. Let’s start with Scotland. At present, the Lib Dem poll ratings are abysmal there; in the poll giving the SNP a 15-point lead over Labour, the Liberal Democrats share was 4%. On swing, we’d lose all but the ultra-safe Orkney and Shetlands. But given incumbency, plus the fact that we may see the SNP surge split the Labour vote in places like East Dunbartonshire, even on terrible Scottish national vote share the Lib Dems could hang onto more seats than currently expected.

In England, around two thirds of the current Lib Dem seats are Lib-Con contests; Labour have no chance there at all. UKIP are looking to do well in a lot of these seats, most of them in the South West. We could see the Eastleigh effect here: people voting Lib Dem because they aren’t that keen on the Tories, the idea of a UKIP MP representing them fills them with horror, and no one else can win.

Ultimately though, the real reason that the current situation helps the Lib Dems is because without it, I’d be much more worried than I currently am. Without UKIP helping to tear the Tories apart, without Labour’s myriad difficulties, the Lib Dems might be facing a much bumpier road – and I say that knowing how much of an understatement it is.

I do realise that none of this is terribly inspiring from a liberal point of view; winning seats by default as it were. However, 2015 is simply one to get through, actually for every party in the country, strangely, but particularly the Lib Dems. Wipeout needs to be avoided in anyway possible; perhaps the current fragmentation of politics could weirdly be the party’s saviour.