Laurence Fox was on GB News last night. This isn’t news, obviously; Fox, maybe even more than Farage, is built for the channel. I watched his clip so you don’t have to. It revealed a lot, I’m pleased to say. I like watching Fox because he is one of the least sophisticated right-wing pundits in […]

A common refrain heard from the left of Labour during the Corbyn era was that ‘left-wing policies are popular’. This was a reference to the fact that when polled, policies such as rail nationalisation turned out to have widespread approval. Yet this was not the silver bullet the Corbynistas always thought it was because it […]

Charles Moore believes that ‘a special animus’ is directed towards Priti Patel by portions of the left simply because she is ‘Indian, female and firmly Tory’. While I wouldn’t deny that there is a bizarre form of racism on the left in these matters – the ‘we own the BMEs’ sentiment that they never realise […]

The culture wars have been good for the Conservative party. They were undoubtedly one of the things that helped the Tories win the 2019 general election so decisively. The party was able to paint itself as the guardians of old school British common sense, protecting the country at large from the army of the woke. […]

Last August, I wrote a piece entitled “Layla Moran will kill off the Lib Dems. But I still want her to win” in which I described how I thought that if Layla became leader of the Lib Dems, they would ooze into a progressive alliance sort of space and be killed off fairly quickly – […]

Keir Starmer doesn’t talk about Brexit much anymore. He’s desperate to leave the issue behind; for everyone to “move on” and stop talking about a subject that has bizarrely helped further destroy the Labour party while making the Tories electorally invincible. And yet, there are days when he can’t help himself. Yesterday was one of […] 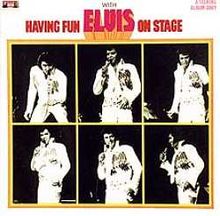 Before we go any further, in relation to the headline: no, it’s not not because they are both middle-aged men who experienced weight problems. Although it’s worth stating again an incredible fact about Boris Johnson: he is the only person I have ever come across that looks fatter in real life than on television. The […] 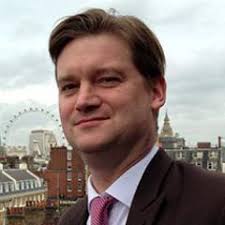 On last week’s Question Time on the BBC, there was an exchange between Michelle Dewberry, former Apprentice winner and Brexit party political candidate, and shadow foreign secretary Lisa Nandy. It is probably the most clear cut example I’ve ever witnessed of where continuity Remain went wrong somewhere around early 2018. Dewberry starts in on Nandy, […]

There are many things about Andy Burnham I dislike but I have to credit him with one thing: the guy always finds new ways to make me like him even less than I already do. During one of his recent copious interviews in which he is in no way seeking to put himself in the […]