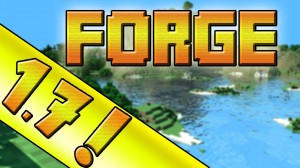 The European Union has asked Britain to give them a couple of billion Euros by December 1st on the basis that the UK economy has recovered to a reasonable state of health. On a side note, France is getting what amounts to a £790 million rebate as part of the same package, a reward for their economy stalling.

It hardly even need to be said how unhelpful this is to the pro-European cause within Britain, both this tax demand and the timing thereof. With the Rochester and Strood by-election a mere twenty-seven days away, and the Tories moving further away from walking a tightrope on Europe between sensible and barmy and finding the latter more and more politically appealing, one has to tip their hat to the EU’s lack of political nous. I suppose there is no good time to ask for £1.7 billion, but speaking to the UK government and deciding that waiting four weeks was not the end of the world would have been helpful.

To put this into perspective, I’m about as pro-European as they come and even I felt a little bit, “What are these Eurocrats think their up to, eh?” when I heard about the inordinate demand for cash. So I can only imagine what your average UKIP member in Kent thinks of it all. Probably feels quite chuffed I can imagine; the theme of one of the UKIP party political broadcasts for the 2015 general election has just presented itself.

I really do wonder sometimes what the European Commission are thinking. It often feels as if they do not or simply cannot comprehend that the future of the entire European project is at grave risk as things stand. Simply demanding more money out of countries which are facing severe political hurdles just to stay in the Union at all surely needs to be considered by someone.

On the Right in Britain, you have an increasing Euroscepticism fuelled mostly by the concept of borders and immigration being out of the UK government’s hands. On the Left, a slowly developing anti-EU feeling that flows from things like the anger at TTIP going ahead and its possible implications. The EU saying that a huge chunk of British public money has to fill a hole in Brussels for what appears to be arbitrary reasons, the explanation for which is an economic recovery most on the Left deny even actually exists, is unhelpful in the extreme. So essentially, it’s not just the Tory right we have to worry about this latest news angering, but most of the Left as well, whose good will towards Europe will prove crucial to Britain remaining “In” should there be a referendum on the topic.

And then there are the people in the centre, i.e. most people in the country. If I feel a little peeved at the tax request, again, I can only imagine what the rest of the country thinks. Polling for whether or not the majority of Britons would prefer to stay in the EU has looked healthy for pro-Europeans of late. I wonder what the whopping tax bill might do to that sentiment.