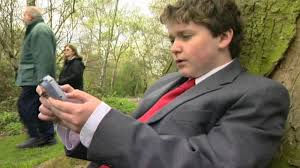 During the 2005 general election campaign, the Liberal Democrats put out a broadcast about the Iraq War. No great surprise considering this was the party’s leading populist issue of the time, but it took a rather odd slant on events. It tried to reframe Blair taking the country into the Iraq War as the Boy Who Cried Wolf story, something I found highly odd at the time. Was the party trying to say that Blair taking us into a war in the Middle East meant that when we really did have to go to war in the region, all political capital will have been exhausted? Of all the reasons to discredit the war, this seemed the most left field I’d ever come across. It seemed almost semi-random to me when it was first broadcast.

And yet its time, almost a decade later, has finally, weirdly come. We face a situation in Iraq and Syria beyond 2003’s worst nightmares. There is a fundamentalist force, the newly rechristened Islamic State, whose declared goal of setting up a theocratic caliphate across a large swathe of the Middle East is certainly achievable. And yet the military moves being made by the West are small scale and very late in the day. None of this would be as galling as it is were it not for the fact that the Iraq invasion of 2003 is almost entirely to blame for the current situation in the region.

I only say almost because of Syria and its failed spring, and that playing God by re-imagining what might have happened had something major not occurred in the past is quite obviously filled with logistical problems. But it must be noted that while Saddam was a nasty piece of work (and those interested in this should read up on his rise through the Ba’ath Party and what he did to cement his autocracy in Iraq – chilling stuff), his threat to the West in 2003 was pretty much nil. This idea that was floated at the time, of Saddam developing long range weapons to bomb Israel, turned out to be a loopy fantasy. This isn’t the advantage of hindsight either – anyone who knew anything at all about the Middle East could have told you that Saddam’s ability by that stage to become an aggressor in the region was non-existent, and that this idea of him sponsoring state terrorism on a large scale was a myth. He was a paper tiger really, out of friends and out of money.

Now we face a real threat to not only any hope of stability in the Middle East but to our own interests, the genuine article in other words, and those who clamoured for our intervention in Iraq in 2003 are now talking about how we should remain on the side lines (except for Tony Blair, of course, who seems to advocate intervention no matter what). I guess in the end, the boy really did cry wolf. What a catastrophe, one that will claim possibly millions of lives by the time it all plays out to the end, whatever that end might look like. That is unfortunately a lot harder to predict than knowing in 2003 that invading Iraq was a poor idea.