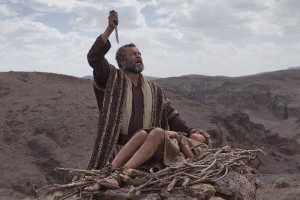 Despite being raised Catholic, I have been an atheist since I was around nine years of age. I had read enough about the world and the universe by that point to figure out that the idea of an anthropomorphic deity that simultaneously cared whether or not you ate fish on a Friday, while at the same time having managed to create an entire reality that was thirteen billion light years across was obviously a falsehood. I told my parents and they were, understandably, not entirely pleased; they tried to punish me into belief, a course of action which simply had the opposite effect intended. They soon gave up. Being a parent myself, it is easy to discern the difference between genuine conviction and childish whim in your kids – if they accept any and all punishment and still won’t buckle, chances are high that it is the former in effect.

There has been a great deal written about why atheism is superior to religiosity already (not as much as has been written arguing the other way round, but I digress). It is this which has kept me from writing on the topic before now; I felt I needed something new to say on the matter, something which hadn’t been said before. I believe that I have now something to contribute to the conversation. However, I suppose you can all be the judge of that.

The central myth that atheists must fight against is the idea that it is only through religion that morality can be expressed or maintained. I believe this to be religion’s Achilles Heel. It is also perhaps the most pernicious lie that permeates the debate around theology and one that I do not feel my esteemed partners in debunking religious falsehood, brilliant though many of them are and have been, have successfully got to the root of. Which is this: it is not that religion is essentially moral yet flawed, and that through humanitarianism we must discover a new morality; the truth is that religion is an agent which undermines morality at every turn.

I will set out a case for this using my own background religion, that being Christianity. You could do this with any belief system which involves a higher power, or so I believe, but I will stick with that which I understand best. The story I will use as a demonstration, and one which I think is central to understanding Judeo-Christian ethics now that we’re at it, is the tale of the “Binding of Isaac” from the Book of Genesis. For those who need reminding of the piece, a summation is that God asks Abraham to take his son, Isaac, to an altar on a mountain and from there to sacrifice his child, i.e. murder him, in the name of God. There is an important element to all this which needs reinforcing: Abraham is asked to do this for absolutely no reason. God does not try and explain to Abraham why his son must be killed by his father, perhaps telling him that his boy must be sacrificed so that thousands of others may live, as a for instance. No, it is simply a dull command, the type you would give to an eighteen month old child, someone who could not entirely think for themselves. Abraham takes his son to Mount Moriah and is about to slaughter him when God steps in and stops Abraham from committing prolicide. Turns out in the end that it was all an elaborate ruse to “test Abraham’s faith”. In other words, to demonstrate that he loved God more than his own son.

What so many have missed about this story is not that it is immoral. It is much worse than that. The core message of the “Binding of Issac” amounts to the complete negation of moral thought. The precept the tale puts forth is that there is not really any right or wrong in a universal sense; it uses possibly the worst crime imaginable, the murder of one’s own child, to demonstrate this. The idea is that God has laid down some basic outlines, but ultimately He decides what is good and what is bad, sometimes on the spur of the moment. So morality ultimately rests with one deity and nothing else, according to the Old Testament. This is partially rectified in the New Testament, but not completely. It remains a fundamental tenet of Judeo-Christian ethics: God decides what is acceptable behaviour and what isn’t, and his Word is Law. There is no universal, unbending code of ethics whatsoever. Therefore, within this belief system morality is completely meaningless in any real sense.

I can hear the refutations from the devout already and so I will now debunk them. But there are many great teachings throughout the Bible; are you trying to say that dictums such as “Thou shalt not steal” are immoral? Of course I’m not. What I’m saying is that morality, any morality that could be worthy of being described as such, must rest on some idea of what is right and wrong that is, in many instances, unbending. If I were to intentionally burn down someone’s house, I could not escape from either the law or moral judgement by saying I was a bit grumpy when I did it. Morals are based, in other words, on rules. The murder of one’s offspring must be wrong in all instances. If God is allowed to bend the rules, the rules are thus completely negated. So it’s not that there are no examples of moral thought in the Bible; it is that they are undone by the fact that God can change what is and isn’t right at any time He wishes. If the rules don’t apply at the highest level, then they may as well not exist.

Others amongst the religious will say that I am trying to apply modern ideas to an ancient book and set of beliefs; that Christianity and indeed other faiths have come a long way since then. But that then presents for them a central dilemma, one modern monotheism manages to dodge simply through lack of rebuttal: if most of the Bible is a bunch of barbaric rubbish that we should reject as part of a bygone age, what does their faith actually rest upon? And if the Bible was written by God himself, does that not make the ideas of God outdated and no longer relevant? This point needs expanding on, now that I’m here. You cannot say that God made a mistake in ordering Abraham to the mount, dagger in hand; God is infallible and therefore everything He does, by definition, must be correct and fully intentioned. The “Christianity has come a long way” argument is very much at risk of questioning God’s perfection, thus His omniscience, thus His moral authority, thus the bedrock of the entire faith.

On the other hand, if you accept the idea that the Bible was written by man, a long time ago, does that not make everything it sets out highly questionable, including things monotheists take for granted like the basic details of Jesus Christ’s life?

Dogma is bad. Always. When you take logic and reason out of a belief system and replace it with a simple, win-at-all-costs mentality, it becomes instantly destructive. It is amazing how many Bible Belt Christians in America, when arguing the merits of their belief system, turn to the idea that “it’s in the Bible” as a defining and irrefutable argument, not understanding that to those of us who understand that the Bible is simply a book and nothing else, this is the equivalent of stating that everyone should be a sadist because the Marquis De Sade wrote so eloquently on the topic. They would respond that God wrote the Bible and he is, by definition, perfect. I would respond by stating that the inherent flaw in that argument is its circularity. It’s like saying I should never leave my house because I’m inside of it already.

Those who wish to believe in this kind of thing are welcome to do so. I would defend them, in fact, from persecution, partly because I’m against persecution in general but also because we’ve seen the effects of trying to crack down on one religion or another throughout history, always with disastrous results. People need to come to reason in their own time. But we atheists must stand up for ourselves, particularly on the morality issue. It’s not just that religion doesn’t have a monopoly on morals – it is that religion actually represents the negation of the concept of a moral code itself.