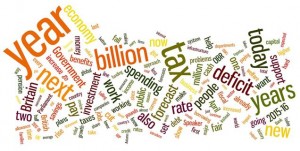 The scene is a few days prior to the 2010 general election: Labour are embroiled in existential crisis. A bad campaign, the unpopularity of Prime Minister Gordon Brown and Cleggmania have conspired together to create what looks to be the perfect storm. The party chiefs, while putting on a brave face for the public, worry privately that the Labour Party are about to get completely slaughtered. There is even speculation amongst them that the Lib Dems getting above one hundred seats plus a Labour wipe out would see a Tory majority and the Liberal Democrats as the official opposition. In other words, the death of the Labour Party as we have known it over the previous century.

None of that happened, as you know. In fact, Labour did reasonably well under the circumstances, polling better than even the polls most in their favour had predicted ahead of Election Day at 29%. That netted them 258 seats as well, demonstrating how skewed the electoral system is towards them. A mere seventy seats shy of a majority had been proven to be Labour’s absolute zero; not bad, not bad at all. As a bonus, the Tories had failed to get a majority and the Lib Dems lost five seats net and ended up in a coalition government with the Conservatives. Everything suddenly looked rosy for Labour compared to what they had been contemplating just a few days previous.

And this was where the real problems began. Cocky, confident that the coalition ruling the country would end in acrimony in six months to a year, Labour’s economic policy was that cuts were evil and would result in the economy stagnating at best, collapsing at worst.

The coalition has lasted almost the full five years term and the economy is in clear recovery. There’s plenty left to do, but that favours the Tories anyway: with the job half done, leave us to do the rest, the Conservatives can say to the country. Balls in reply to the Autumn Statement today was all right, saying everything he possibly could say; but it won’t work because Labour have spent the whole parliament positioning themselves on the wrong side of the argument. A party that saw its leader stand in Hyde Park in 2010, in front of a sea of cuts protestors, comparing them to the Suffragettes is now criticising George Osborne for not having cut the deficit faster. This works to alienate two groups at once: those on the left who want to hear that a Labour government will increase public spending, and the middle class swing voters who are in doubt about Labour’s ability to take over the economy again recognising the hypocrisy.

I don’t say any of this with relish; I’d like to clarify that right now. The most likely result of Labour doing very, very badly in May 2015 is a Conservative majority government, which given that party’s rhetoric on Europe and human rights, scares me immensely. But unless Labour figure some way out of where they are now – and fast – I can’t see it going any other way.