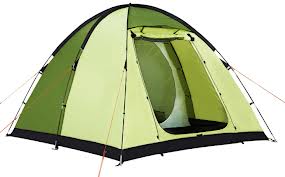 One of the interesting aspects of the faceless “rebellion” against Ed Miliband’s leadership of the Labour Party this past week or so has been that the whole thing stands as the ultimate rebuff of the “35% strategy”. Proof that the idea Labour can sit back, do and say as little as possible during this parliament, and hope the centre holds is a nonsense. Or not the centre, dependent on your politics.

Tony Blair had his own big tent strategy, in many respects the opposite one to Miliband’s. Labour has a core vote that can be taken for granted, so let’s forget about them and focus on swing voters, particularly ones in the south. It worked for over a decade. Miliband’s big tent strategy goes thus: try and reconnect with Labour’s “core vote”, one that Miliband and many in the Labour Party assumed had grown since the late 90’s. It would be made up of the hardcores as well as people who had left Labour in the interim, plus disgruntled ex-Lib Dems.

Many people, including myself, have ridiculed this 35% strategy for years. But upon reflection, I can see why Miliband chose it. When you need to get 35% of the voting British public to plonk for you, a big, amorphous tent is the only way to go – and it is getting harder and harder to make everyone happy, particularly if you have to deliver what you’ve said in government at some point.

The Tories have had even worse problems than Labour during this parliament in trying to keep their own big tent together. They have had to deal with actual defections to another party in the form of UKIP; imagine what shape Labour would be in now if two Labour MPs had successfully defected to the Greens. It is becoming more and more difficult for the Conservatives to keep those who are driven by free market neo-liberalism, and social conservatives who fear the modern world together under one banner.

Even the Lib Dems have had problems keeping their smaller yet still relatively roomy tent under one roof. Some who were there in the first place because they thought the Lib Dems were to the left of Labour have obviously not enjoyed coalition with the Tories. The Lib Dems broad church did not really matter until the party got into government. Labour thought the same calculation would apply to them, and they’d figure it all out once Ed was in Number 10. Turns out the timelines on these sorts of things are growing ever narrower.

Of course the problem with all of this is that we have a voting system that is designed for two big parties, not for a splintering body politic. Britain seems destined for ever more hung parliaments, the idea of which was the main reason AV was rejected, but are seemingly going to happen under the current set-up anyhow.