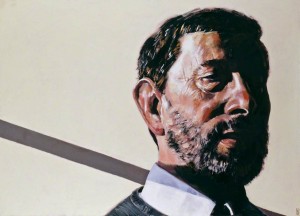 David Blunkett has decided to weigh into the immigration storm; as if we didn’t have enough hotheads running around making noise about it already (including as of yesterday, the mayor of Calais). He says Michael Fallon’s comments on English towns being “swamped” and “under siege” were basically spot on, and that the Defence Secretary was simply voicing the “concerns of ordinary voters”.

Now, it’s not particularly news that Blunkett is not the most liberal of individuals on this topic. All but the most ardent immigrant-phobes will admit that we saw all of this on display when he was Home Secretary (although Blair did rarely listen to him). Yet, it is interesting watching an old Labourite, one who served in a New Labour government at that, rushing to defend the words of a Tory Cabinet Minister who has already apologised for what he’d said. Some will say Blunkett’s playing politics, but I don’t think he is here; I think he was just saying what he really thinks.

I’m not trying to demonise Blunkett for his comments, incidentally. I disagree with him fundamentally, but that’s what politics should be there to do, to have these arguments out and then let the electorate decide. Problem is, the system doesn’t allow for that at present. Liberals are spread across the three main parties, usually in league with people who are anything but liberals. A small “c” conservatism exists across the parties as well, manifesting itself in movements like Blue Labour and well, most of the Tory backbench. And increasingly, those who feel increasingly frustrated by Labour and the Conservative Parties’ desire to retain aspects of liberalism will defect and go to UKIP from the looks of things.

You either think that immigration is over all a good thing, that the problems in our society and economy are nothing to do with them, or you disagree and think that “mass immigration” is a key part of all of our nation’s problems. There are shades of grey in this obviously, but you are either fundamentally in one camp or the other. But neither of the two big parties are willing to plant themselves in one camp or the other, mostly down to fear of UKIP and what they represent in terms of a frustrated element of the electorate.

But trying to ape UKIP will not work. If you simply say, “UKIP are right, but only we can form a majority government” or “only we can provide an In/Out referendum”, you’re being patronising in a way that is the exact recipe for turning people towards UKIP in the first place. The mainstream political parties (I’m excluding UKIP from this categorisation for the sake of this argument, knowing full well that they are increasingly entering the mainstream of British political life) need to have answers which aren’t just knee jerk reactions. Particularly given the fact that if you are going to be in government, simple platitudes will not work.