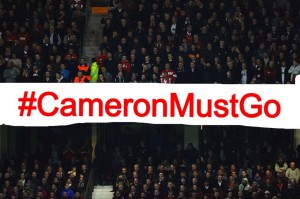 I have been less than impressed by David Cameron’s premiership, I’ll announce up front. Faced with deciding that either the reason his party hadn’t won a majority in 2010 was because the modernising project hadn’t been taken far enough and thus opened a window to the Lib Dems to retain seats they would have otherwise snagged, or that they had to go “back to basics” as it were, meaning he was then going to appease his right flank and go all Philip Davies on everyone, David Cameron decided to do neither and both at the same time. Europe pops up again, inevitably, and instead of crushing the discussion he does a series of things which make it more alive than ever. He has swung between his hoodie hugging persona and the man behind the white immigrant vans, ending up alienating liberals (and the Lib Dems who will be in a position to decide his fate should he end up in a similar position to 2010 once again) and the right of his party at the same time, failing to get ahead in the polls while facing two defection to UKIP thus far from amongst his parliamentary party as a result.

Having said all of that, I find the #CameronMustGo twitter campaign difficult to fathom. Having a casual glance at the entries, it is most definitely something fuelled by the Left (as opposed to UKIPers who don’t like Cameron’s modernisation efforts, such as they have been). It is also mostly a compendium of misshapen or misused data, or downright mistruths. For instance, did you know that Britain fought in the Second World War not to save Europe from Nazi aggression but in order to create the National Health Service? Yep, the whole time Churchill was giving his “We shall fight…” speech, he was actually thinking, “I must conspire to lose the 1945 election so that Atlee can set up a health service I will vocally oppose. That’s what’s this is all about.”

At the start of any campaign one needs to ask themselves what the end goal is. What basic output is the campaign trying to achieve? I don’t think the #CameronMustGo people have asked themselves this one. Because let’s say the twitter campaign is a success in true, measurable output terms and Cameron does indeed step down as Prime Minister and leader of the Conservative Party. “It was those damn twitterers – I could take another day of it,” I can hear him saying. Then either Osborne replaces him or someone really loony right – step forward Prime Minister Phillip Holobone. Would that be better? Cameron has his faults but he’s almost certainly the most benevolent leader the Tories could currently have, save Ken Clarke, I suppose.

And once Osborne is leader, do you then need to create an #OsborneMustGo twitter campaign, and then when that one pays off a #BoJoMustGo twitter war, and so on and so on until Caroline Lucas is leader of the Conservative Party?

But of course I’m being facetious here: the #CameronMustGo campaign never had any serious aims and is simply knee-jerk anti-Toryism. Something to make the lefties feel nice as Labour’s general election hopes whither and die. As such, it’s a sad incitement of the ideas-lite age we inhabit.