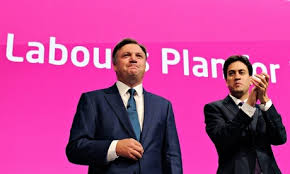 I used to live in Manchester, a very long time ago. It was a very different city then, in the late 90’s, post-IRA bombing, pre-Commonwealth Games/EU funding makeover. Piccadilly Rail Station used to be possibly the worst place in all of Britain; now, you’d happily spend an hour there waiting for your train while munching biscotti in Costa. It was very rare at the time to hear anything other than northern accents. You’d come across the odd Geordie or Scoucer but that was as exotic as it tended to get. I had come to the city rather randomly, on a whim, hoping for a little taste of Madchester. But I just missed it all. The party was over and the whole city had a bit of a hangover.

I lived in Levenshulme at the time but the only job I seemed able to get was based out by the airport. It was an hour on the bus both ways. It paid me five pounds an hour, which even in late 20th century Manchester was extremely hard to live on. I recall trying to eat nothing but Iceland one pound meals for a week (trust me, don’t try this at home). I read a lot of Jack Kerouac while on those interminable bus journeys; through immersing myself in Kerouac’s cross country japes, I was able to keep myself sane, imaging that doing data entry in Heald Green for seven hours a day was all part of some big adventure.

I only ever come back for party conferences, but that’s every year and I always enjoy being back. And whenever Labour conference is here, it feels a good fit. Manchester is a real Labour town. When I lived here, people at the pub called one another “comrade” and the comment, “He’s a good socialist” was amongst the highest compliments you could make about another bloke. So having their final conference, pre-general election, is a good idea all round.

Most opposition parties going into their final, pre-election conference have a buzz about them; a palpable feeling of victory in the air, with a return to power almost within reach. I don’t get any sense of that here. To be fair, there is also a real post-Indy ref hangover that may be squashing that vibe from cutting through. You sense through people’s stories from the final weeks of the campaign in Scotland just how traumatic it all was. Nightmares waking people up at 4 AM; the need to drink alcohol at all times of the day just to avoid panic attacks.

Speaking of booze, it is very hard not to drink at any given party conference. It’s free and in your face and everyone is doing it. You find yourself having drank what amounts to an entire bottle of wine before dinner time. This year, I promised myself I wouldn’t overdo it again. And I’ve been reasonably restrained. But it’s so hard at Labour, because everything is so front loaded; there’s the New Statesman reception on the first night as a for instance.

I sense way less Lib Dem antipathy than in previous years. A lot of that, I think, is just a function of time, and now that all of the three main parties seem to be in various degrees of trouble for various reasons, the Lib Dems don’t seem quite so evil in context to the Labour movement. There is a worry about direction of travel amongst a lot of delegates; Ed Balls speech yesterday, with the freeing of child benefit, showed his willingness to present to swing voters that he intends to be fiscally prudent. For a party that shouted loudly about the “dangers of austerity” for four years, this is going to be tricky terrain for a lot of members. Part of me thinks that Labour should go for it, Tory attacks be damned; just be a party of the left and talk about public services and how a little more tax here and there could improve things dramatically. But a bigger part of me realises the mountain that Labour faces in having to win back one hundred odd seats, in places where that message probably won’t play.

Whenever I’m at Labour conference, I feel a little more warmly towards the party than I usually do. I think it’s partly just seeing all of the friends in Labour I’ve accumulated over the years, some of whom I only ever seem to see at Labour conference. For three days, I find someone telling me “I’m a good socialist” at least bearable.