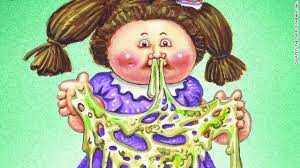 I arrived in Wicker Park in the dead of winter. Chitown was under several feet of snow when my taxi pulled up in front of my Chicago Connection’s place. Many a Chicago resident wanted to claim to live in Wicker Park at the time (it was so hip, Hollywood made a film starring Josh Harnett and Diane Kruger named after the neighbourhood. I’ve never seen it, so thus cannot comment on its quality or lack thereof. Frears’ Chicago based film version of High Fidelity is based in Wicker Park also), but my Chicago Connection lived literally on the cusp of the park itself. It was never a great piece of land, Wicker Park the park I mean; barely a park at all, more like a triangle of space upon which Illinois winters could see themselves out.

Anyhow, Chicago in winter requires one to engage in mostly indoor activities, so we headed to a video store the likes of which can no longer possibly exist in the western world due to the takeover of the internet on such matters. It was run by this middle-aged nerdy guy who knew an astonishing amount about cult cinema. I thought on this particular occasion that I had come up with something with which to stump him.

“Looking to rent a film called Can Hieronymus Merkin Ever Forget Mercy Humppe and Find True Happiness? Doubt you have it,” I said, looking to finally get one over on the man who supposedly had every film ever made in the unseen space behind his cash register. He didn’t even say anything; he simply smiled widely, pointed his index finger towards the ceiling, and made for his mythical backroom. He emerged a moment later with a DVD version of the very obscure, bizarrely titled film I’d requested grasped in his hands.

“1969, British surrealist piece. Written and directed by Anthony Newly, whose career was on the up until he made this turd. Also got you a companion movie, in case you were interested; the infamous Garbage Pail Kids: The Movie. There’s a connection between them too: Newly stars in both features.”

So of course, we rented the two films, both of them legends in the bad film pantheon. And neither disappointed.

Hieronymus Merkin (I’m not typing out the whole of the title again) is what you get when an arrogant, young musical theatre star decides after watching a Fellini movie, “That’s just a bunch of random crap. I can do random crap too.” Ten minutes into that Wicker Park viewing, my Chicago Connection turned to me and said, “Man, this film is making me ashamed to be human.” This remains one of my all-time favourite reviews of any film. Merkin (see how I’m making it shorter and shorter?) is a musical I hasten to point out, one that puts the Sound of Music to shame with its constant recycling of song. An annoying number called Piccadily Lily is sung about twelve times throughout. The film is autobiographical, with Newly’s life transported in its entirety to a beach in Malta. Milton Berle is on hand to play Goodtime Eddie Filth; Joan Collins plays a character named (I swear I’m not making this one up) Polyester Poontang.

This last bit of nomenclature should tip you off about the film’s adolescent sensibility, its utter childishness. This may well be the worst thing about the film, and that is quite a statement when you consider its utter lack of any plot, annoying pretentions, horrible characters and terrible music.

Like the gluttons for punishment that my Chicago Connection and I indeed are, Garbage Pail Kids: The Movie went straight on following Merkin’s horrific wrap up (it’s very meta and involves Polyester Poontang, I’ll say no more). For those who don’t recall, the Garbage Pail Kids were a parody of the Cabbage Patch Kids, a doll line from the 1980s that were all the rage with the wee ones during that particular decade. The basic idea was to take the cute and cuddly Cabbage Patchers and make them gross and extremely unpleasant. Notable examples include “Noel Bowl”, who was an anthropomorphised toilet, and “Hedda Spreader”, a young girl who likes putting her own snot onto bread and then eating it.

What tools for cinematic gold, I hear you say! Sadly, not so much. The film centres on a shop run by a man known as Captain Mancini, played by a beaten down by life’s cruel realities Anthony Newly. He rails against society in a slightly Unabomber way, and his store is a collection of odd knick-knacks that “no one else seems to want”. Kind of hard to make a profit then, I would imagine. Into the Captain’s life comes the Garbage Pail Kids, who are aliens from an unspecified world who have travelled to Earth in a rotting rubbish bin (of course they have). Newly, in his Rage Against the Machine persona, takes the gross kiddies in. And man, are they gross. Valerie Vomit yaks everywhere; Ali-gator does nothing but either eat non-vital human limbs or talk about doing so (“Wouldn’t want to be your toes”). Greasy Greg, the band’s seeming leader, mugs a woman at one point at knifepoint. Nat Nerd does this thing in which he says “I’m scared” in a high pitched voice before wetting himself. This latter example happens exactly nine times throughout the movie.

To make matters worse, the human protagonists we’re supposed to use as empathy life jackets throughout this ride down the River Shits are named Dodger and Tangerine. Dodger is an eleven year old boy who has designs on Tangerine, a sixteen/seventeen year old girl. Only in Star Wars, Episode I: Phantom Menace, a film in which we are supposed to root for an eight year old Jake Lloyd to get off with twenty-six year old Natalie Portman, has a more paedophilic relationship been placed on the silver screen so unflinchingly.

The worst part of the film (and the bit that is another link with Merkin) is its one out of the blue, WTF, musical number. Dodger eventually sets up a sweatshop in the Captain’s basement, making clothing to try and impress Tangerine (if you’re really interested in knowing more, you’ll just have to watch it). It is called, seemingly, “Working With Each Other”. Words fail me here. I should take a moment to describe what the Garbage Pail Kids actually look like in the film: basically, dwarves in nightmare inducing plastic suits. The film does succeed on one level, although this is probably unintentional: it is scarier than most horror films, and in the surreal, haunting your subconscious with little people sweepstakes, Garbage Pail Kids: the Movie manages to better Even Dwarves Started Small.

After watching two of the worst pieces of art, never mind films, ever created, my Chicago Connection and I wandered out towards North Milwaukee Ave for some Fast Taco, a Mexican place I always raved about whenever I came to town. I got my usual; the Three Taco platter. I began munching down.

“You know, Fast Taco isn’t all that great,” I said, having a bit of an epiphany.

“I was wondering when you were finally going to figure that out,” my Chicago Connection said. We headed back towards Wicker Park. We had another couple of terrible films to get through, which perhaps I’ll tell you about some other time. I only offer a sneak preview of one of them: a 1989 musical, low budget kids film entitled “Creating Rem Lazar”, about an afternoon two children spend with a superhero they make out of glue who has a terrible blue mullet for hair.