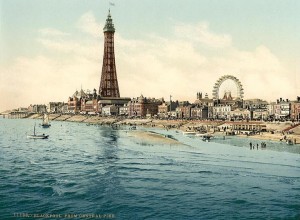 UKIP announced the day before last that their membership swelled by over 2,000 in January, bringing the total number of official ‘Kippers to 34,000 – only 10,000 behind the Liberal Democrats. While this leaves Britain’s “fourth party” still a long way behind the Conservatives in terms of membership (which is around 100,000 or so – the Tories are notoriously dodgy about releasing official figures on this), the figure will cause the usual round of mild panic within the confines of CCHQ.  The Conservative party is internally obsessed with UKIP, desperately trying to find ways to return what they see as their rightful voters back to the fold. Most of the arguments around this tend to have an ideologically focus, with discussions on how the Tories need to move to the right in order to win these people back or shouldn’t pursue this strategy as it would alienate centrist voters, depending on which side of the party you sit. However, I thought of something the Tories could do to try and win the UKIPers back and it’s pretty simple. Make the party easier and more enjoyable to interface with it. That’s it. Radical, I realise.

Conservative party conference as a road show of lobbyists and special interest groups has become such a cliché one no longer needs to explain it. Having been to Tory conference several times myself, I find it a ball of laughs. That’s almost certainly because I’ve been there as a lobbyist who wasn’t a member of the Conservative party. The whole setup of conference for the activists seems to be an endless parade of lifeless speeches that they are allowed to sit through for the exorbitant price they are paying to attend. Back in the 1950’s and 1960’s, party conference was a real social gathering of the tribes, with loads of things for the members to do. That was the chief reason the party used to hold the bloody thing every year, to keep the troops happy. If the Tories want to bring the median age of their ground campaigners down a decade or two (which they must do to remain a national force), they have to make conference attractive to members again. Have conference in a seaside town that is cheap and cheerful instead of in one of the big, expensive cities. Put some thought and effort into making gatherings and receptions more member friendly. I know what the counter to this is: the swivel eyed shall scare off the lobbyists. But this is the point. The party has all year to be friendly to big business and public affairs companies. If the party wants to attract members back, it has to make them the focus of their conference.

UKIP members often join the party simply because it is easier to get involved with it than with the Tories. It is also felt that it you can “get on” in UKIP quicker. Join UKIP, come to a few meetings and you could become a local candidate within months, or at the very least a big shot in the local party. The Conservative party is too big for this to be the case, but it could become the social vessel it once was with a bit of effort, particularly at constituency level. People used to join political parties in order to meet like-minded people, form lasting social ties; including even their spouse.

I think these are the things the Conservative party has to think about if it wants to steal members back from UKIP. If people felt the party was a great place to be, they would be less grumpy about policy and the need to shop around.