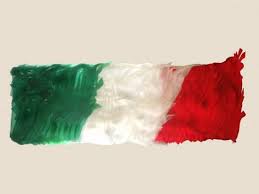 Italy and its failing political system remains an albatross for British electoral reformers. I don’t know how many times I have heard from politicians who are not particularly inclined to support any change to a voting system within the United Kingdom say something along the lines of:

“Just look at the Italians. We wouldn’t want that sort of mess.”

While I was campaigning for the House of Lords Reform Bill, I was repeatedly told how Italy is the perfect example of why an elected upper house would bring chaos with it. This thinking flows from a commonly held idea in this country that continental politics is corrupt and unmanageable while British politics is eminently sensible. Electoral reform is for that lot, the mind-set goes, which is why the continentals had to deal with totalitarianism in the 20th century while we did not.

This way of thinking got a supposed boost this past week with the news that the current Italian government may be about to collapse under the weight of its own contradictions, bringing with it a fresh election that most Italians do not appear to particularly want. I’d now like to tackle some of the myths surrounding these issues and demonstrate that it is not proportional representation’s fault that Italian politics is in a bit of a pickle at the moment.

Let’s start with what is actually happening on the ground in Rome. Not quite a year ago, there was an Italian general election. What followed is too tedious and complex to go into in depth here, but to summarise, the Democratic Party narrowly won the popular vote giving it the most seats in the Lower House. Then, there was an attempt to form the most logical coalition available with the PD joining together with the Five Star Movement. Only Beppe Grillo decided to scupper this. So eventually Enrico Letta (who was the Democratic Party’s deputy secretary, but not its leader) was picked by the President to be Prime Minister, leaving the leader of the Democratic Party at this stage, the young and charismatic Matteo Renzi, fuming in the wings. This situation finally came to a head this week when Renzi openly challenged Letta for the lead job. If all this sounds complicated, trust me when I tell you that had I gone into any more detail you would be reading for days without any clearer idea of what had really happened.

The situation that Letta v Renzi most resembles is Gordon Brown’s premiership and the attempts to wrest control of the Labour Party from his grasp by ambitious upstarts. Perhaps Renzi is the clear challenger that Brown was never quite forced to face, but other than that the similarities are striking. It is worth pointing out here that the Brown scenario took place under a first past the post voting system. An individual who not leader at a general election and never even had to face his party to become leader, became Prime Minister due to the way the unwritten constitution functions. In fact, the differences between what happened in Britain 2008 – 2010 and what is happening in Italy now are in themselves instructive. Despite being Prime Minister, as I mentioned already, Enrico Letta is not the leader of the Democratic Party. Renzi is. It is simply an oddity of the Italian political system and the way it chooses Prime Ministers that Letta came to hold the chair. This is a convention that appears to be unravelling, Renzi’s bid to become Prime Minister the demonstration of this.

It’s worth noting here that until 2005 Italy had a reasonably good Additional Member system. It wasn’t perfect by any means and wasn’t the best system they could have had but the replacement, the list system they adopted with all sorts of odd caveats I shan’t bore you with, was a definite step down. However, it still doesn’t stand up to scrutiny that the current crisis is the fault of the voting system. In summary, most of what is happening in Italy is down to constitutional reasons that stand apart from the way the two Italian Houses elect their members. So I would ask in the future that those who dislike PR for a variety of reasons stop using Italy as a stick to beat reformers with.