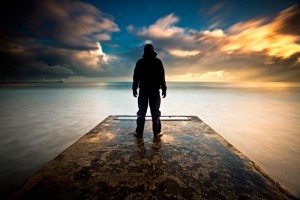 When the dust settled after the 2010 general election, and Britain ended up with its first coalition government since the Second World War, the Labour Party was faced with a fork in the road. Either try and define social democracy for a post-2008 world (no mean feat, admittedly) or look at what had just taken place, reason that the Tories would have to make huge cuts in the months ahead; that the Lib Dems, their competitor on the left, had just gotten into bed with the Conservative Party, and given those factors take a punt on the idea that the coalition that had just been formed would not last long, and that the ensuing general election would be all theirs. Or failing that, both the Tories and Lib Dems would be so unpopular, Labour would win the next election, whenever it arrived, by default.

We all know which road they chose to travel. And from a cold, hard political calculation standpoint, it is easy to see why they did that back in 2010. The only thing is it left the party very little wriggle room should things not end up the way they envisioned. Such as there being an economic recovery, which however you want to argue the standard of living, this so-called-recovery not being felt by those further down the socio-economic chain angle, is being accepted as fact by the voters in the parts of southern England that Labour need to reach in order to gain a working majority. Or moments like Ed Miliband forgetting the whole section of his conference speech dealing with the deficit, as another for instance.

By refusing to make some hard choices at the beginning of the parliament, instead opting for easy wins (Miliband comparing the cuts marchers to the suffragettes springs immediately to mind), made the party a hostage to fortune. And despite the Lib Dems poll ratings remaining poor, the vote hasn’t swung Labour’s way like they banked on. Instead, UKIP and others (the SNP for instance) have been the ones who have gained.

What has been demonstrated over the last four years is that people either want parties with simple, easy to digest “answers” to the problems facing us (the UKIP model), or they want something thought out and coherent (and in a general election situation, it has not yet been proven that the former actually works – we await and see how UKIP fare as an answer). Simply saying to the electorate, “We’re the least bad option”, particularly if you’re the Labour Party, is not a great formula.

Besides the fact that it is ultimately the right thing to do, having a coherent direction of travel is vital for political parties anyhow. If you don’t have a goal you are all working to achieve, a party quickly becomes an empty vessel. So when the Labour Party almost undoubtedly finds itself in opposition again following the May 2015 general election it should learn the lessons of this parliament, pick a direction (whether that be a return to the centre or a definition of a more left wing approach is not mine to judge) and spend the next five years selling it to the British public.