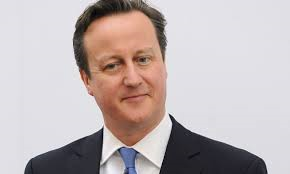 The Tories thus far seem a little lackadaisical in terms of their approach to the Clacton by-election. Perhaps this is just for show; play down expectations and then come up the home stretch strong. However, I’m starting to think this may be an overestimation of their game plan.

October 9th has been chosen as the date for the poll; significant as the very day after conference season ends and also the Prime Minister’s birthday. That means it is to take place exactly five weeks from now. So far, they have not even chosen a candidate and are apparently going to be holding an open primary to decide the matter. Now is not the time for them to be fiddling with more open democracy; if ever there was a need for Tory HQ to be authoritarian, this is it.

Cameron must realise this is a must win situation for the Conservative Party. They have never, in their entire history surely, faced a by-election as key as this one. If UKIP win, the purple folk have their first Westminster seat, a huge psychological advantage. Tory backbenchers, particularly dissatisfied 2010-intakers, will have then gotten solid encouragement to make the leap, should they feel in their hearts they want to. Also, and perhaps most importantly, the split in the Conservative Party that looms large should the 2017 referendum go forward becomes a great deal more real. Even if the Tory Eurosceptic backbench decides to stick around, they will have a lot more leverage as a group to demand the right to campaign for a get out vote, regardless of Cameron’s renegotiation plans and subsequent desire to have the party speak with one voice on Europe.

The frontbench of the Conservative Party can be under no illusions on this one, and given the history of that particular party, I can’t see how they could be. I read something from the local press in Essex about rumours within the Clacton Tory party that the battle wasn’t worth fighting, and furthermore that doing so might risk splitting the right vote and letting Labour have the seat. I have trouble believing this as a UKIP victory in Clacton threatens the very threads that hold the party together. Even though I’m sure many Clacton Tories are on the right of the party, they must see that the Conservatives ripping themselves to shreds is not going to do their agenda any good in the long term.

So the time has come for Cameron to throw everything at this one – damn trying to look like you were ready to lose the whole time, that it was chalked up from the moment Carswell defected, in case that turns out to be the case. The idea that the seat can be won back in 2015 misses the point – a precedent will have been set, and UKIP will have six months on the inside to make hay. Cameron always seems to be motivated by keeping his party together at all costs, whatever the other factors. This then, is his biggest test.

To be clear, when I say “save the Conservative Party”, I am not implying that should the Tories lose in Clacton the party will immediately cease all functions. They may even win the 2015 general election. But a wound will have been sustained that will be fatal, even if it takes half a generation to play out.