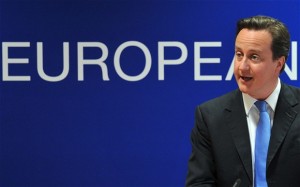 David Cameron gave a hotly anticipated speech on immigration yesterday (well, hotly anticipated if you’re a politics geek anyhow). Some hoped/feared it would be staunchly anti-EU, and possibly in a worst/best case scenario (depending on your point of view) would set the stage for a Brexit. Thankfully (from my perspective anyhow), it didn’t do that. Instead, it was quite reasoned, and probably the only speech Cameron could really have given under the circumstances, now that I look back on it.

The centrepiece of the whole thing was Cameron setting out his plans to convince other EU partners to back a ban on migrants from one EU country to another receiving state benefits for four years upon arrival. What this includes or does not include was not made clear, but my thoughts are as follows.

One, I think four years is too long, but I do support the measure in principle. The rise of the far right across Europe has demonstrated that working class people are getting fed up with migrants showing up and “getting all of the good stuff”. Now we as liberal pro-Europeans can talk until we’re blue in the face about how this isn’t the case, this is a bunch of lies from the right, etc. But frankly, we need to face the fact that if we want to preserve freedom of movement (which is ultimately what’s important here), then some ground needs to be given.

I also hope that this ban of benefits does not extend to things like access to the NHS, which I think would be a step too far. But Cameron came right out in the speech and praised the freedom of movement as an important principle to uphold. That was more than I ever thought he’d say, and for that I must praise him. It sets the debate back in slightly saner territory, at least for now.

One of the upsides from a certain kind of Tory perspective (i.e. the non-bonkers kind, the ones who actually want to win the 2015 election), was the utterly moronic Labour response to the speech. They attacked it from the right, which was shamelessly idiotic of them, and a response that I’m certain Conservative Party HQ would have cheered.

“David Cameron has absolutely no credibility on immigration. This is somebody who made a promise at the last general election. He said ‘No ifs, no buts, we will get net migration down’ and it’s gone up. He actually said ‘Kick us out in five years if we don’t deliver’. Well, I certainly agree with that. Honestly, David Cameron has no credibility on immigration and, frankly, people aren’t going to believe his new promises when he has broken his old promises.”

That was Miliband’s quote, seriously. Brilliant: a quote that will one, further alienate liberals from Labour while simultaneously gaining them no votes from the pissed off, blue collar folk they are presumably trying to ensnare with this kind of crap (see Yvette Cooper’s immigration speech for more details). So while the left wing press talked about Cameron’s speech being a “race to the bottom” on the immigration debate, Labour were busy trying to out-flank Cameron on his loony right, actually criticising him for not keeping enough swarthy folk out of this fair and pleasant land. Great works, chaps, great work. I can see the 35% come flocking already.

So in conclusion: a guarded thumbs up to Cameron’s immigration speech. It bodes well for the immediate future, one that could have been dire had the Prime Minister decided to travel a different route.