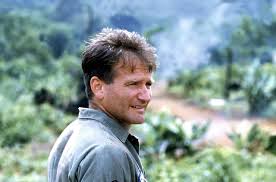 Yesterday, Robin Williams committed suicide. We don’t have all the details yet, at least at the time of writing. But I’ll say this now: I hope we find out as little as possible going forward. Because all of the evidence points to suicide being contagious, in the broadest sense of the term, meaning that a major profile figure doing it tends to mean others Xerox the act. Also the means by which said figure carries out the end of their life, which is the crucial bit.

I understand the suicidal urge. When I was a teenager, I thought about it a lot. Essentially, it always came down to a pros and cons game and the pros (thankfully) always won out. My life sucked, but one day it wouldn’t because there was a great big world out there waiting for me, and even though that was a double-edged sword I knew it was something I had to try. That meant staying alive.

But I had the advantage of youth, of more days ahead of me than behind me in terms of natural existence. Williams, at 63, didn’t have that same pro in his column. He was a very ambitious man in addition to having a history of depression; perhaps he felt like all of the high points were behind him and there was nothing left to look forward to. But he had three children, a factor that usually keeps one going at a later stage in life. With Hollywood actors, who sacrifice so much for their careers, you could imagine getting to your retirement years and feeling like the stuff one needs to sustain oneself in old age was missing. But Williams didn’t appear to come from that mould. Truth is, I didn’t know the guy so I have no idea. I could speculate until the end of time and get no closer to the truth as to why he killed himself.

My worry is that if more details about his method of self-execution get out, there will be more copycat suicides. Because although killing one’s self seems like the ultimate in solipsism, the most self-involved thing one could ever do, truth is it is often more influenced by outside factors than you’d think. Putting sleeping pills into popper packs as opposed to bottles helped bring suicide rates down across the west; marginally, but it made a difference. Just forcing people to think about it just that little more actually did make a few people not end their lives. Often times it is about making the railings on the bridge just a little too high or taking belts off of prisoners that is the difference between life and death. Turns out that suicide is more attached to sociological factors than seems at first to be intuitive.

So I hope we never find out too much about the way in which Williams decided to go out. Because I’m afraid of someone else taking inspiration from the story and trying it for themselves.