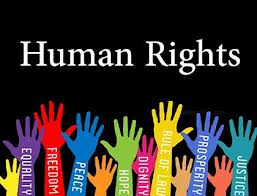 This means that for those of us who luckily (or unluckily, depending on your point of view) form part of the travelling circus that does all three conferences each year, instead of turning up bright eyed and bushytailed at Lib Dem conference we’ve already done Tory conference, usually a killer health wise. I myself already have a mild case of conference flu that I’ve taken to Glasgow with me.

The narrative of this conference season has already been largely written. Labour had a poor conference, flat as a pancake, while the Conservatives had an upbeat one, despite or perhaps weirdly even because of the Reckless defection. That is pretty much what I experienced on the ground myself. I guess that begs the question: how will Lib Dem conference fit into that story?

I’m slightly concerned about how little of the commentariat have come to Glasgow, or at least less than we’ve had the previous few years. Many I spoke to at the other two said they wouldn’t be coming, so I’m not all that surprised, and it does have an effect whether we like it or not; of a sort of, does the tree falling in the forest make a sound if no one’s there to hear it type thing.

Other than that, I feel fairly upbeat about conference so far. I think Tory conference, as good for them as it was, gave us plenty to play with. If you want to get into the whole differentiation thing, you could do worse than to start with Conservative Party apprehension towards the idea of Human Rights (caps intended). Cameron got a great cheer in his speech for announcing a Tory majority would pull out of the ECHR. Now, I know part of that is about Europe, about having foreign courts ruling on British matters, but if you listened to Theresa May amongst others there is definitely a sort of dislike about the whole idea of Human Rights as we as Lib Dems would see it. The concept many Tories believe in that these things only exist to help criminals and terrorists, and normal, law abiding citizens don’t need them.

What is really odd to me is that apart from all the other reasons human rights (all right, I’ll stop with the high concept caps) are important is that they exist as protection from the wills of an overweening state, something you’d think for all their small state rhetoric the Tories would embrace. I, for one, am proud of the party for having stood in the way of any Tory idea of revoking these rights during the course of this parliament. It’s something we should shout about more often.

Hope everyone up in Glasgow for conference has a swell time.