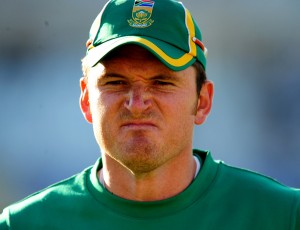 So England managed to win the ODI series in the Antigua, 2-1. As an England fan, this pleases me. While the real measure of how far England have come following the crushing Down Under will be the test series this summer against Sri Lanka and then India, it was good for them to get a series win chalked up. That the one loss was typical in its “England-ness” – bowl the other side into near submission before gifting them shedloads of runs, then bat extremely well to start with, cruising towards victory, before deciding to nurdle your way to defeat – can now be overlooked. The main, immediate effect of the series win will probably be to cement Ashley Giles’ bid to become the head coach for England across all formats. Also, while Broad was fine in places as captain, he put Alistair Cook under no real pressure. The Chef is England captain for the foreseeable future, almost regardless of what happens this summer, because there is no one around who can do the job better.

Running in parallel to England’s refreshing win in the Caribbean this week, Graeme Smith, the long-standing captain of South Africa, retired from international cricket.  Smith had it all as a test captain: an ability to get the best out of his players, extreme mental resolve, leading from the front with his batting and, most importantly, tactical brilliance. It’s been a very long time since an England captain had all of those qualities. And I do mean very long time. In fact, I’m struggling to think of someone post-Mike Brearley who had it all.

Why is that? English reserve? The class politics of English cricket? I don’t know, but like many England fans I can’t count the number of times I have sat in the stands at Lords or the Oval cursing the inability of England to adapt to the state of play, from setting the field to choice of bowlers, while watching Ricky Ponting or Smith himself making it all look easy. Strauss was a classic example of this: transparently great guy, good with the players, but often displaying a shocking ineptitude when it came to tactics along with an inability to change the shape of the game with the results almost inevitably affecting his batting as well. Cook, so far, is much the same. There is still time for him to improve, under a new coach. But if I was being honest, I think England fans will have to remain patient in their anticipation of the next great England captain.

Meanwhile, we watch as another cricketing great steps off the international stage – a truly great test captain. Someone a lot of us wished was captaining England more than once.