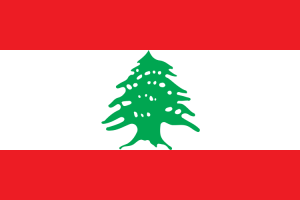 We arrived in Lebanon on Wednesday evening. A car had been booked for us, but as we emerged from Customs none of the signs appeared to be obviously ours. There was one that I thought as worth a try though; it read “POLLOW”. Sure enough, we were Pollow.

Even though we’ve only been here three days now, it feels much longer than that. I mean that in a good way; the place is amazingly stimulating, so it feels like you’ve done so much within every 24 hour period. It has a great nightlife, one which exposes something I hadn’t expected: Beirut, and in fact Lebanon as a whole, is way less conservative than I would have thought it was. Comparing it to the capital of the supposedly much more western friendly Jordan, Amman, it is amazing how much more liberal Beirut feels. I’ve barely seen a headdress never mind a burka. In some ways, it’s more westernised than Istanbul.

In some ways, I hasten to add, only in some. The drawbacks to the place are hard to miss too. First of all the traffic; there is pretty much no public transport, so everyone has to drive (it is a terrible city to walk around in as well, for so many reasons I won’t bore you with them now). This makes for an air quality that is sub-Athens in its toxicity. The sectarian nature of society is unfortunate and is a dominant part of Lebanese life. It isn’t even binary, which makes it all the more gruesome; it is the Christians v the Sunni v the Shia. Each of the three religious denominations have their own intelligence wings, something that isn’t particularly helpful for fostering a sense of national collective interest.

The situation in Syria is both omnipresent and feels a million miles away. There are a lot of Syrians in Beirut now and whether they are rich or poor, they are not generally well loved by the locals. Even within sectarian boundaries, the Syrian influx is frowned upon. The wealthy ones are said to be guilty of buying up land, driving property prices up; the poor of taking the jobs, mostly in construction, where they are willing to work for less as they have no employment rights.

I met a guy on my second evening in town who works for the Democratic Renewal Party. They are essentially the liberal party in the country and they campaign for a non-sectarian, policy based future. I respect everything they are trying to achieve immensely, but I do feel for them; everything is so sectarian in Lebanon, people struggle to see politics outside of their own grouping’s lens. Their hope is the kids; the younger you are in Lebanon, the less likely you are to feel the same sense of rage at the other groups outside of your own. I suppose those who didn’t live through the Civil War would find it easier to think like that.

So one could say the future looks up for Lebanon, except for one thing, that being the looming shadow of ISIS. One’s sense of space becomes greatly out a whack in a place like Lebanon; it is easy to forget that Damascus is only 55 miles away, or that many of the skirmishes the military are having with ISIS are even closer than that. It does give Beirut a slight tinge of Paris, 1916, the feeling of Armageddon being just round the corner, but contemplating that is too horrible and so best to think that the forces of good will be the victors and simply party the night away in the meantime. Even though I’ve only been here an extremely short time, I can understand the feeling and I actually really admire it. In the West, overreaction to terrorism has become a way of life; how nice it is to be somewhere that is much closer to the epicentre of it all and find people with a much calmer, more rational approach to its possibility.

So I’ll drink a glass of Lebanese red and perhaps eat a Fez, a confection that until alarmingly recently were called “N***er Heads” that taste like blue cheese and marshmallow mixed together, clumped into bell shapes and then coated with American style milk chocolate. On second thought, I’ll stick with the wine.