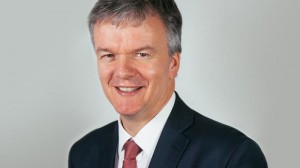 Yesterday, a bill guaranteeing that 0.7% of national income will be spent on foreign aid in perpetuity cleared the Lower House. It remains to be seen if it makes it through the Lords in one piece, but considering it was a Private Members’ Bill, albeit one that had the full backing of one of the parties of government and tacit approval from the other governing party’s top brass, it has done well to survive all that was thrown at it.

Several backbench Tory troublemakers tried to filibuster the final hurdle on Friday, hoping the bill would run out of time. This was all led by Philip Davies, the MP for Shipley. Generally speaking, if the Rt Hon P Davies thinks something is a bad idea, rule of thumb says it’s probably a cracker. I think might possibly have more politically in common with Nigel Farage than Davies. Hell, I might even have more in common with Frank Field now that I’m seriously thinking about it.

The 0.7% being enshrined in law was in the Coalition Agreement, so there should have been no controversy about the bill (he says with a wink). Also, George Osborne has cited foreign aid being important on many an occasion, not least of which was the recent Autumn Statement when he went so far as to praise Gordon Brown’s contribution to this key British responsibility.

But neither he nor Cameron could afford to be anywhere near the debates in the House on the bill, given the state of the Conservative Party. UKIP are making hay on this, saying Britain should slash the foreign aid budget radically; many a Tory backbencher is feeling the UKIP pinch on this one. Given most of them won’t be that keen on the issue in the first place, there will have been plenty of voices of disgruntlement directed towards Cameron and Osborne, urging the Prime Minister and the Chancellor to be explicit in distancing themselves from the bill. It’s to their credit they haven’t been sterner in this regard, I suppose.

In the end, the bill only passed with Labour support. Mary Creagh wasted no time in taking her party’s share of the credit – nor should she have, fair play to Labour on this one. But it did make me sad that too few Tory liberals felt they could come forward on the issue.

I’ll take time to say now that there is actually plenty wrong with the 0.7% figure. For one, it’s arbitrary. I only recently learned how it came about, and the story is so boring I won’t burden you with it; sufficed to say that it is fairly random. Still, it’s what we’ve got and I’m glad we have a commitment to do our bit for helping the world be a better place through the Commons. Well done, Michael Moore (it was his bill), well done Lib Dems, and thank you Labour Party for getting this done. We live in an increasingly interconnected world and the UKIP ideal of shutting shop and making it all go away is an unrealistic and outdated one. We need to deal with what’s out there to keep Britain the safe and secure place that it thankfully remains.