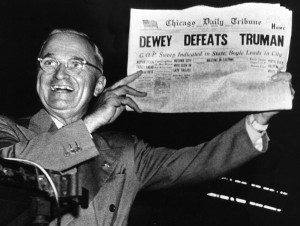 Yesterday morning, I saw an article on the Guardian’s website written by Patrick Wintour and Nicholas Watt in which the headlines spoke of a “damning” poll by ICM which showed that the Lib Dems would be wiped out in certain constituencies – including Sheffield Hallam. My heart raced; it certainly looked bad, and at exactly the wrong time for the party too. But about halfway through, some numbers jumped out at me that instantly calmed my nerves. They were the ones that said that the Labour Party were going to win Sheffield Hallam by a 10-point margin. Whew, thank heavens. The whole thing is bullshit, I said to myself.

To put this in perspective, it would be like reading a headline that said, “Poll shows UKIP lead in numerous constituencies”, only to read in the body of the article that the poll predicted UKIP would get 62% of the popular vote, netting them a 235 seat majority. You’d relax, knowing the problem was with the poll and not reality.

Sheffield Hallam was established as a constituency in 1885. It was a Tory seat from its inception until a by-election in 1916 in which, for political reasons I wont extrapolate on here, the Tories let a Liberal stand unopposed. It was Tory again after the 1922 general election and stayed that way until 1997, when it went to the Lib Dems. So lets put in this perspective – Labour have never won this seat. They haven’t even come in second since 1979. They haven’t cracked 30% since 1970. And until 1997 no non-Tory had ever actually been elected to be MP of the constituency. It was basically a safe Tory seat for more than a century.

So against all that, a poll comes back that tells you that not only are Labour going to win the seat in 2015, they are going to win it by a whopping 10 points. Right. In 1997, when Blair was sweeping all before him, Labour came third in Sheffield Hallam with 13.5% of the vote. So Miliband would require a national swing of around 23 points before this seat was remotely winnable.

Seeing this today made me feel like we need Nick as leader more than ever. Because if the people who want to usurp him are this politically and tactically brain dead when trying to plot a coup, imagine what they’d be like running the party. I can’t be the only one thinking the same thing, even amongst those whose support of Nick is much more conditional than mine. This whole “bad poll plot”, which was clearly meant to be the last straw in a campaign to oust Clegg, may have the exact opposite effect of cementing Nick’s leadership until the general election.

Perhaps a certain “member of the Lib Dems” should have spent his money a little more wisely, like on a certain EP election we were having trouble with, as opposed to spunking it up the wall on the most unpsephologically sound poll since Thomas Dewey was declared by newspapers across the land to have been elected President of the United States in 1948 – before being found to have lost to Truman by almost 5 whole points.

Lesson: if a poll seems bad, it probably is. And if you’re trying to use it to bring someone down, get someone who has half a clue to look it over before you leak it to the national press.