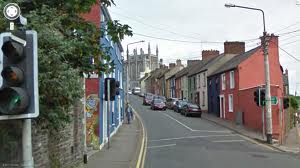 In 1978, a young man in Texas named Sterling Smith thought he’d start a band called the Units. Only he decided to make it a band of one. Whether this was ultimately out of choice or circumstances remains undocumented. He brought out an album entitled Ready for the House to widespread apathy. Apparently, in three years he managed to sell less than a hundred copies. Then things got worse: a band called the Units from California threatened to sue him for the rights to the name. So he rechristened the whole project, calling it Jandek.

He didn’t release another album until 1981 (Six and Six), but after that they came relatively often, sometimes more than one a year, up until the present day. The amazing thing is they almost all sound like they came from one, long recording session. I recall listening to two songs in a row I had on a mixed tape (remember those?), one from 1982 and another from 1999. They sounded as if they had been recorded one after another within the same hour.

So what does Jandek’s music sound like? Imagine if you will a very talented blues guitarist/singer. He’s touring across the States, building up a bit of a name for himself. Then one night, tragically, he’s involved in a very bad car crash. He survives but ends up in a coma for over a decade. When he regains consciousness, he won’t talk or even communicate non-verbally with any other human beings; he sort of acts like they’re not around. His only form of real contact with the outside world is his guitar and his singing, which he does for one hour every single day, almost like clockwork, only ever an hour per day, no matter what. He just gets up, walks to the corner of the room, picks up his guitar and begins to play his music. Only it’s very different to what he performed pre-crash. It still retains a blues influence, but the guitar playing is now just him plucking strings on an out of tune guitar, although with a strange sensibility to the string tunings, as if he thinks they’re in tune having lost all harmonic ability during his long coma, the new, warped tunings remaining constant to his ear. The lyrics he peddles are random images that don’t really hang together, the words of a madman.

Sounds appealing, right? Probably to about one in a hundred of you, those who will think, “I need to check this Jandek guy out”. The rest of you will wisely stick to “good” music. But seriously, how could anyone find entertainment in what I’ve described? There is a quality to Jandek’s music that stems from the blues player emerging from a coma thing, some purity to the whole sound. It’s like Jandek is the ultimate outsider, the guy who wanted to form a band called the Units but couldn’t find anyone to play with him, so he decided to form the group anyway with him as the only member. Something of the Ed Wood about Jandek as well, the ambition and the need to communicate despite not having the requisite tools to do so effectively. It’s the struggle you listen for, and not many are ready for it, as Jandek may have been partially aware when he christened his debut record.

If you are interested at all in the artist I’ve just described, find “Nancy Sings” on YouTube. It’s easy, entry level Jandek, partly easier on the ear than his other material as he’s somehow roped in another singer for this particular track, and a female one at that. If this one doesn’t repel you, try giving Ready for the House a twirl. I once read somewhere, I can’t recall exactly the place, that 99.97 percent of human beings could never possibly sit through three Jandek songs in a row. Let me know if you’re one of the three out of ten thousand.