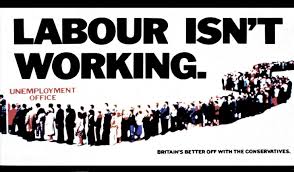 Lord Kinnock is the latest Labour grandee to leap to the current leader of the party’s defence; all this latest intervention achieves, really, is to keep the “Ed Miliband leadership challenge” story in the news for yet another day. The ex-leader did have a revealing moment when he said the plotters seemed to have a “tendency towards political suicide”. Quite.

It is a hard and fast rule of politics that if you are going to try and defenestrate your party’s leader, and this only gets more vital the closer a general election looms, then you have to go in with numbers, all willing to stick their heads above the parapet and risk their careers for the move, fast and without remorse. You want to put the leader in a position in which carrying on is not an option. If you do not have a significant chunk of your parliamentary party willing to do anything other than grumble anonymously, then you do not have what it takes to stage regicide. Simple as that.

Twenty MPs who do not wished to be named, telling various press outlets that they want their leader deposed, is great for the papers, terrible for the Labour Party. Because it is not going to get rid of Miliband while making public perceptions of the party inevitably worse. You achieve nothing but making a Labour government, or even a Labour led government, less likely.

You would have thought after the shenanigans of the late period Gordon Brown premiership that the Labour Party would have learned this all important lesson. The last week proves this not to be so. If they wanted to get rid of Miliband, they should have done it ages ago. All of his faults were there to see, so nothing that has happened recently should have been that much of a surprise. The flat conference speech could have been foreseen during his terrible performance in the Euro elections short campaign.

So to all Labour grandees: you should know this already anyhow, but if you get a call from BBC, ITV, Sky, asking you to come on tele and defend Miliband’s leadership, take a moment and realise that in doing so you would not be helping Miliband, rather quite the opposite. I think you all need to be quiet about it for a bit, frankly. And to the plotters who wish to remove the current Labour leader: either do it right or stop it, right now. The press would be happy to drag this on until polling day – they will if you let them. Realise that your project has little chance of succeeding and get on with trying to help your party win in May of next year.

On a final note, it is strange to consider that we have had the same three leaders of the major parties for the last four years, when you consider all the talks of coup they have each had to endure during that length of time. This corresponds in some strange way to how static the polls have been during that time, relatively speaking. We live in both politically febrile and seemingly unchangeable times. Something has to give at some point.