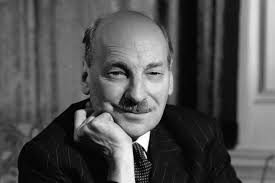 In 1945, Labour won their first ever parliamentary majority under the leadership of Clement Atlee. Given the fact that Churchill, the then Tory leader, had just saved Britain in the Second World War, this was no mean feat. It was all down to their offer: that those who had sacrificed during the war would be rewarded, mostly notably with a National Health Service, free at the point of delivery for all Britons. The Conservatives tried to counter that it was all bluff, that Labour couldn’t deliver. It was Labour who were believed in the end.

In 1964, Harold Wilson got Labour another majority because the Tories had once again become too conservative for the times, not giving the people what they wanted. People had come through the rationing and the fall of Empire and Labour promised that the good times were back again. Similar to 1997, when Blair got a massive majority because he offered everything to every one: great public services with no rise in taxation.

I should note for those who are unaware: these are the only three general elections from which the Labour Party has won a general election while in opposition. All right, there were the two ’74 elections, but that was a strange set of circumstances and it took two elections to get to a nightmarish 3 seat majority anyhow. Every time Labour have beaten the Tories outright, the party had an offer that was perfect for the times, full of hope. The Tories can crawl into office on the back of public indifference; Labour have yet to ever pull that trick off.

Which is why the whole 35% strategy, one that involves saying very little and hoping disaffection with the current coalition, particularly from those who voted Lib Dem in 2010, would see them back into power, was a strange one from a historical perspective. But of course, that’s not what it was based on. It was based on the bet that the Coalition wouldn’t last, and that when it fell apart spectacularly in late-2011, or early-2012, Labour would be the beneficiaries. Problem for Labour is, the government has stayed the course. So now they are standing here with plenty of policy ideas, but no real narrative; nothing that feels like a big, irresistible offer to the British public.

Is it too late? The central question that Labour needed to answer within the lifetime of this parliament was this: how does social democracy continue in an age of less money? There are myriad answers to this. I think Labour needed to come up with something that was actually pretty radical but that could be couched in terms that didn’t scare well-heeled voters, particularly in the south of England. A tall order over five years, never mind five months.

No, it’s too late now. But Labour could still win the election (although it is looking less and less likely) off the back of UKIP splitting the Tory vote. However, if they do not end up in power post-2015, they need to think about what that big offer will be for 2020. I think something around the idea of making the UK more Scandinavian, which has been flirted with on the left here but never fully embraced. It would mean breaking apart shibboleths, like looking at private-public arrangements within the NHS (while obviously keeping it free at the point of delivery for everyone); constitutional and political reform to make devolution of power to local levels possible; thinking about public services in terms of receipt as opposed to what the affect on public sector workers will be.

Presenting big, bold ideas to the public is inherently politically risky. Sitting back and hoping the electorate come to you is much more appealing to any party. However, given the current landscape – and bearing history in mind – I don’t see how Labour have much a choice in the matter.