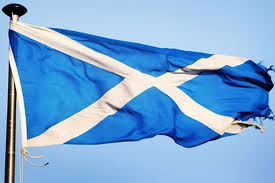 Johann Lamont, the Scottish Labour leader, quit her post over the weekend. Glasgow Central MP Anas Sarwar has taken over temporarily as interim leader, while Labour rolls out a quick timetable for her permanent replacement – the new leader will be announced on December 13th.

Only problem with the tight table is that nominations for the post close this Friday – and thus far, no one seems to want the job. Many have ruled themselves out already, most of them being the people who would have been considered the leading lights for the leadership position. Kezia Dugdale, the engaging MSP who would have been perfect in many respects, has said she won’t be running. Gordon Brown has said no, perhaps unsurprisingly. The list of non-candidates is long and I won’t bore you with it, sufficed to say that Sarwar said this morning that despite all evidence to the contrary thus far, there will be an “array” of people lining up to try and become the next leader of Scottish Labour. Oh, I should disclose the fact here that Sarwar has already ruled himself out of the running as well.

The person now being tipped as most likely to succeed Lamont, in the wake of everyone fleeing from it like an approaching river of lava, is Jim Murphy. However, he hasn’t thrown his hat in the ring as yet, and if the Labour leadership are hoping the former Shadow Defence Secretary does so out of the goodness of his heart, I hope for their sakes they have a backup plan. Like maybe apologising to Murphy for his demotion in the last reshuffle for a start, and then asking him very politely if he would consider the job.

The upshot of all of this is that being leader of the Scottish Labour Party, formerly a reasonably plum position, has become the most poisoned of chalices. This is because Labour are terrified of how many seats they might lose next May to the SNP. The “45” thing seems to have kept its momentum and more importantly, Labour are in no position to defend a lot of their Scottish seats if a concerted and highly efficient rival decides to storm in. These have been safe seats for too long and Labour could find themselves overtaken by a hoard of former Labour activists who joined the SNP on the back of the Scottish referendum campaign.

What do I think is going to happen in May 2015 in Scotland? I don’t think the SNP are going to claim near as many Labour scalps as they are hoping for. The glacial pace of change in Westminster voting patterns should ensure this. However, this is uncertain enough for anyone connected to Scottish Labour to avoid being in the hot seat when it all goes down. Probably quite wisely too.