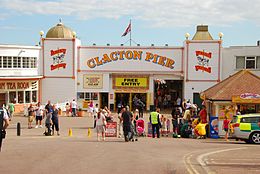 As voters take to the polls in the Essex seaside town that is the possible birthplace of a new chapter in British 21st century politics, the result is a foregone conclusion. Douglas Carswell will remain MP for Clacton after tomorrow, swapping his blue rosette for a purple one.

A few weeks ago, before the date of the by-election had even been decided, I wrote a satirical piece about today’s poll in which I had the Labour Party picking a joke candidate. And lo and behold, it was the Tories who went and did this. Politics, as ever, is impossible to satirise effectively, as reality is always much stranger than anything you could possibly invent. Imagine you were writing a satirical novel on the rise of UKIP; you’d never have one of the first defectors, taking a huge gamble on their careers by leaving the Conservative fold, named Mark Reckless. It would seem obvious and trite.

I’m actually pretty angry at the Tories, in a way I am not usually. Most of the time I tend to forgive them for their ills, because well, they are Tories after all. They can’t help it. But I feel aggrieved at the way they have approached this by-election, essentially giving UKIP a pass and letting them gain that all important, heavy with symbolism, first Westminster seat. They didn’t want to seem like they wanted to win and then lose, so they threw in the towel at the very start. I feel angry at them even though their actions will ultimately hurt them the most.

The Conservative Party reminds me a bit of the English Cricket Board at the moment; both venerable British institutions that seem suddenly to be on shaky ground. Both of the panics in their respective camps caused by a former golden boy, albeit one who always had their enemies and detractors, going rogue. Only Pietersen was kicked out and Carswell left of his own volition, so the Tories are ultimately worse off than their cricketing cousins.

The thing about Clacton that scares me the most is what it represents to liberalism as a whole. Somewhere along the line, the creed I adhere to has been discredited in the eyes of those I think it would most benefit by being seen as in league with an out of touch elite. Thus, the indigent folk of places like Clacton see UKIP as a solution. I get it, but it is sad. Because not only do their problems not have easy solutions, the solutions proposed by the like of Douglas Carswell would only make it all worse for the likes of them.

Carswell likes to talk about a suddenly EU-free UK as like a Singapore off the coast of France. Well, Singapore is a city state, which makes one think his plan centres mainly on London. Meaning that even if things worked out to the optimum level according to Carswell’s ideas, London would get even richer and places like Clacton even poorer.

Of course, this is all guess work, given that Britain withdrawing from the European Union would represent the riskiest manoeuvre ever attempted by any nation state in modern history, so guessing what the fallout of that might be is fools’ play.

And on that note, I wish the denizens of Clacton a happy day’s voting.