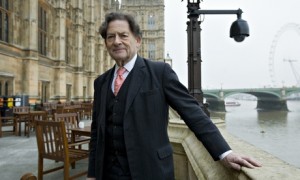 Nick Clegg was on the radio today talking about how the tax cut for lower earners in no way hurt the “middle earners” who were paying into the 40p band. The fact that he was given this to talk about was a very good thing for Lib Dems, since this helps the party to reclaim the credit for the tax break itself, something that over the past year the Tories have put more and more effort into trying to claim as their own. How this had happened was down to the unhelpful intervention of two former Conservative Chancellors, now ensconced in the House of Lords, deciding to go rogue and talk about how the tax break was hurting these people in the middle – thereby tacitly making the whole tax break for low earners sound like a Lib Dem idea. Which of course, it was.

As usual, Norman and Nigel had the kernel of a decent idea, one that in no way needed the criticism of the lower earners tax break to make work. They claimed that where the 40p tax band begins is far too low and thus places people who do not make all that much in a position of paying a rate that was always meant to be a tax band for the very well off. There is something to this and it is nothing particularly new in Conservative circles. Perhaps one could look at the proposition and say that pulling more people on middle incomes out of the 40p rate while simultaneously raising the bar at which lower earners begin to pay income tax would put too much strain on the nation’s coffers, particularly in a time of austerity.  So from a Treasury point of view, perhaps the discussion of the lower tax break as being some Lib Dem folly makes sense. From a politics point of view, however, allowing the Deputy Prime Minister to defend the tax break the Lib Dems desperate want back as their own is completely narrative shredding.

Cameron has played it well, doing the only thing he could do with the latest Lawson/Lamont disruption. He made the point that he is a tax cutting Conservative; how he wants to lift the tax burden for all people, whatever their socio-economic position. He then talked about how the tax cut on lower earners actually helps middle earners themselves, as you have to make quite a lot of money for the lower tax breaks not to offer some relief. The Prime Minister, in other words, was trying to steal the Lib Dem tax policy on lower earners back for himself. But it never helps when two of your ermine robe wearers start destroying your party’s story a little over a year out from the next general election.