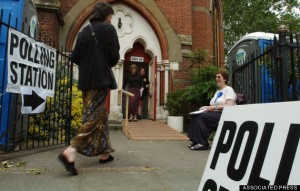 ICM have done their monthly poll for the Guardian. Top line is that Labour have “opened up” a five point lead on the Tories. At least, that’s how the Guardian is headlining it.

In the same poll, the Lib Dems are at fouteen, which is up three from last month. Most Lib Dems would take fourteen nationwide right now, I’d wager. UKIP are on fourteen as well, the Tories on twenty-eight and Labour on thirty-three. So, what does this all mean, really?

Not much. As a Lib Dem, I’d like to feel confident of the fourteen figure but at this stage, I’m not really. In the end, I think the party will probably achieve that poll rating or thereabouts, but I don’t think it’s there yet. I also don’t believe for a second that the Tories are going to get twenty-eight in May 2015. They will get around 35%. Labour’s national figure is harder to gauge, but if I had to guess right now, I’d say thirty-one or thirty-two. Given the current boundaries, this could still be enough for Labour to be the largest party in a hung parliament.

And that’s the one prediction I’m starting to feel more and more confident of – that there will be no party at the end of the 2015 general election with an overall majority. What happens from there is anyone’s guess. With the Lib Dems being punished hard for having gone into government as the junior partner (even fourteen would represent a loss of nine points from 2010), would anyone, including the Lib Dems, want to try the same again? How will minority government work in a fixed term parliament world?

All interesting questions for another day. For now, I’m going to live in a world where the Lib Dems get fourteen and the Tories get twenty-eight (and conveniently discount UKIP getting fourteen as well) and allow myself to be politically happy for an afternoon at least.