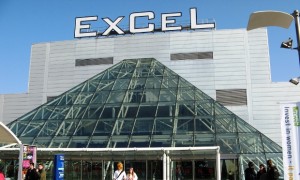 The day of reckoning for Yes to AV was upon us. We faced it with weary resignation, made even more jaded by the fact we were all hung-over to the gills. For those of us who didn’t need to be on the ground, May 5th 2011 was mostly a pretty calm day. At around five PM, Paul, Patrick and I got into a black cab and asked to be taken to the Excel Centre for the final count. Right before we had set out on this trip to the gallows, Paul had received some terrible political news already. Labour had done badly in the Scottish parliament elections and the SNP looked on course to gain a majority. This was under a PR voting system designed to ensure no party ever got an overall majority as well. I recall only that I tried to say something to him to be of comfort but was shot a “stay well out of this one, Lib Dem boy” look that was highly effective. About half way through the morbid cab ride, however, Paul decided to try and lighten the mood himself.

“Apparently, a bunch of staffers from Tory HQ have hired out the pub next to the Excel for the evening.”

We then all joked about the vision of young Conservatives, Jacob Rees-Mogg clones in their posh outfits drinking only the best champagne, celebrating the demise of the dreaded Alternative Vote. For all of us in the taxi that afternoon, such a sight would have been a uniting solace, a demonstration of the fact that we’d all been done over by the dreaded Tories, whose machine had come together to crush little AV’s incipient dreams.

As we arrived at the Excel Centre we had to then walk through the concourse to the “Designated Alternative Vote Area”, which one had to go through extensive security to enter. Once on the other side of the security barrier we discovered there was no bar available. My plans of drinking myself silly while watching the horrible results come rolling in had thus been dashed. We found our way to the designated Yes room in the “DAVA” and were horrified to find that the office did not even have a television. Or phones. It was completely useless. So we all sauntered over to the large room where the count results would be announced, one by one.

The first set of data that was revealed to us when we arrived there were the turnout figures. They were unexpectedly huge compared to what we had expected, as much as fifty percent in places. Even in constituencies in which there had been no local elections, turnout was high – so much for the differential turnout theory then. People had not turned out in droves in these safe Tory wards to vote Yes.

From there on, the remainder of my time spent in the Excel Centre was spent in existential agony. I’ll never forget the first official result to roll in: it was Boston, the denizens of which had voted against the Alternative Vote by a margin of 77 to 23. While that was never a part of the world that was going to be particularly receptive to the idea of a change in the voting system, this was nevertheless a stark result. It set the tone for what was the follow. As the fresh-faced Electoral Commission representative announced each result, it was like getting punched in the stomach by a rather large, angry fellow every four to five minutes:

It was when an MP who was stood near me felt relaxed enough to let a gigantic fart rip live on Sky News, with John Reid hugging his disciples in the near distance, that I decided I’d had enough of the whole scene. I wandered across the road to the pub that had supposedly been hired out by Tory staffers. What I found there horrified me: I was not confronted by posh, young Conservatives celebrating a victory hard fought against the dreaded lefties, but instead a gaggle of multi-ethnic men and women, hugging one another while drinking lager and bearing buttons which read: “Vote Labour, Vote No.” Seeing it all there in front of me, those Labour councillors happy as clams, it all made perfect sense at last. It was, in fact, inevitable, the only outcome that could realistically have occurred. No amount of rallies starring Ed Miliband, no amount of ex-Labour SpAd’s working for us, no amount of leaflets bearing the symbol “AV is Supported by the Leadership of the Labour Party” were ever going to change the fact that the bulk of the Labour movement were not really that interested in AV, Gordon Brown’s Damascene conversion be damned.

I left the pub and got on the DLR, not entirely sure of where I was going. I wracked my brain for the least politically minded person I knew. I hit upon it reasonably quickly: Giles, an actor mate of mine. He even lived in the East End.

“Hey Giles, listen I know this is very spur of the moment but would you mind if we grabbed a pint?”

“I guess you haven’t been following the referendum results.”

“What referendum is that then?”

Over pints of lager at an old man pub somewhere south of Bow, in the heart of London’s old East End, I explained to Giles the Alternative Vote and the fact that Britain had just gone through its first national referendum since 1975. It was, as you may have already gathered, all news to Giles. Once this explanation was mercifully at an end we spent the rest of the evening getting crapulous and talking about anything other than politics: girls, cricket, films; typical bloke rubbish. I had a good night in the end, something I would not have thought possible when I was in that cab on the way to the Excel Centre, with two Labourites who were existentially depressed with the world. Politics really is a bubble. The good thing about that is it can be easier to pop it and escape than sometimes those who work in Westminster think it is.