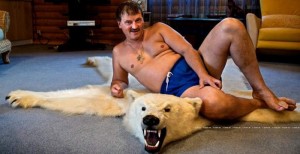 There is currently a live Franco-British spat going on around Russia. But not on the topic most of those ignorant to the details might think. No, not the specifics of a Malaysian Airlines flight which saw 298 people killed. It is based around whether France supplying Russia with a very large warship under the circumstances is really all that au fait. France’s explanation for this move going ahead appears to rest on three points.

One, the word of La Republique is apparently bond; the ship has been promised and so it shall be delivered, a planeload full of mostly Dutch lying dead in Ukraine or not. I guess people would stop trusting the French otherwise (note to the French: I love you guys, but a lot of people already don’t trust you much. Delivering a helicopter carrier to the Russians won’t give you a boost on this one, trust me).  Still, a pretty transparently weak argument.

Two, the old “we’re not doing something just because the Yanks told us to” chestnut. “Just because the Americans say ‘jump’ we shouldn’t jump,” said Xavier Bertrand, an old UMP stalwart. So even the French opposition are helping Hollande along with this one. Mind you, whenever there’s a chance in French politics to punch the Americans, metaphorically speaking, it would be unwise for a decent Députée to refuse. Again, lame stuff.

On the third point however, the French do have half a point at least. Cameron has criticised the French supplying the Russians with a rather large weapon, describing the move as “unthinkable”. The French have shot back, citing the immense number of Russian oligarchs living in London and how they play a key role in the British economy. In other words, it’s all fine and dandy for the Brits to take their slice of Russian cake, but it’s not okay for us all of a sudden

There are a lot of Russian roubles floating around London. The presence of rich Russians, willing to pay over the odds to live in a country where there is rule of law and money is relatively safe, has a notable effect on the London housing market to start with. How much is debatable, but even discounting housing, it is clear that no one wants to see Russian capital fly out of Britain in great amounts.

But the French only have half a point. Ultimately, London is the capital of a liberal democracy and as such is open to the vagaries of the international market. If Russians want to spend their money here, what exactly is the UK supposed to do to stop that? More to the point, why would it want to, even discounting the monetary upside and simply examining first principles. No rules are being bent for the oligarchs; actually, as I have already mentioned, part of the reason they come here in the first place is because we have rule of law. Britain isn’t doing anything out of its way to attract the Russian money; the place itself provides the attraction.

So I think Britain has a better argument than the French in this instance. Supplying weapons is not the same as letting people from other places live in your country. But there is something to be said for just how reliant on Russia, in different but interlocking ways, Western Europe actually is. No one is really in a good position to do anything substantial about the current Russian state of aggression because there is simply too much at stake. The West now faces a huge test of its principles in Eastern Europe, possibly the largest it has ever faced: how important are those tenets when there is a notable downside to enforcing them? I suppose we will all wait and see. In the meantime, it would grand if Britain and France could stop squabbling over the details and at least agree on the principles of the matter. That’s step one, and it still seems a long way off.