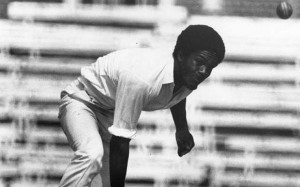 Having attempted to unload a spare ticket to the Oval to see Day Three of the test against India on Sunday, a day that was ultimately the final one of the English test cricket summer, I travelled to the ground alone. I live about twenty odd minutes walk away, so this was less daunting than it sounds; still, having been rejected by most of the Westminster bubble (think of any political pundit, backbench MP, or director of a think tank and there’s about a one in four chance they were asked if they were interested), it was a bit gutting.

But thankfully I was treated to something special. England wracked up almost 100 runs in an hour and then bowled out India in what amounted in the end to less than a session and a sub three-figure score, winning the match by a crushing innings and 244 runs. It was so much fun that when company finally arrived, even though it was of net benefit, it was confirmed to me that I’m enough of a cricket fan to sit through it alone, at least when things are going that well for England.

Thing is, as glorious as it was on Sunday, there’s no test cricket for ages now. Just a bunch of limited overs drivel. All right, that was slightly harsh; one day cricket is all right, no match for the real thing, but get a good match and it’s mildly diverting. 20/20 though – and I’m going on record now with this – blows. It’s like watching the players take nets for three hours. Yet 20/20 is the concept of the game that’s growing more and more popular, while test cricket suffers, particularly outside of England and Australia. It’s one of the reasons that India were so rubbish by the end of the test series; having discovered such a love of shorter and shorter versions of cricket, they no longer have players with the stomachs to fight out five days, particularly at the fag end of an English summer, the atmosphere above their heads like the gloomy end of Mordor.

Perhaps it’s a sign of progress that sides like India and the West Indies no longer seem to feel the need to stick one up the backside of the old Imperialists. They know the English only really care about the tests; that if they arrive, get rolled over in the test matches and subsequently demolish England in the ODIs, that the English fans will very happily accept that. But this is what goes down these days anyhow. I suppose I should applaud this occurring, the demise of race based antipathy, and yet I find it difficult somehow. I suppose I miss the idea of the fear of death being put into lower order batsman by someone like Michael Holding. I say idea since I only know of this from archival footage, the era when this was a reality having been before my time. Yes, I’ll say it: it was better when the colonials arrived in England with a chip on their shoulders. Whatever else, it made for great sport.

There is a very English tendency to be negative even in victory, in fact even more so in victory than in defeat, an inclination that I’ve inherited over time. I say this in the desire for disclosure, to spell out beforehand that what I’m about to say is the ultimate in Anglo moaning. But I fear that all of the wrong lessons might be learned from England beating India 3-1. For it was more India’s capitulation than England sorting out its problems, really. And those shortcomings are going to be ruthlessly exposed if the Three Lions don’t come up with some solutions to them between now and Australia at home next summer, followed by a terrifying winter involving Pakistan, probably in the Emirates (remember how that went last time?), and then South Africa. The top of the order is still a work in progress with Sam Robson failing to impress all summer, even when India had effectively thrown in the towel; just imagine how he would have coped with Mitchell Johnson throwing hand grenades at him instead and you have a picture of what 2015 could be like for English cricket.

But for now, I’ll congratulate Cook and co and recall that wonderful hour, clouds amassing like an invading army, Root unbothered at the crease, swatting fours seemingly effortlessly, Broad at the other end trying to set the record for quickest half century in the history of test cricket. Use this to keep my mind off the not so far off shellackings in Dubai and Durban that await.