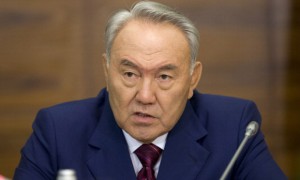 “She’s a little bit late,” Louis said to the press, and I’m not sure whether he intentionally meant to reference Cher Lloyd’s song or whether he just got lucky. “She was just a bit rude on the show when she was on. No-one on the show has been as rude as Cher Lloyd. I don’t care. I’m over it. I’ve moved on. I’m all about finding some new Cher Lloyds.”

Now it seems to me that the one thing the X Factor does not actively do is look for more Cher Lloyds. More One Show cannon fodder possibly, someone who will self-destruct in spectacular fashion within three months of winning the programme, but genuine pop stars only come out of the show by accident. When they do emerge, they never, ever win the thing either. It’s always won by someone you’ll never hear from ever again. After they’ve had their three month meltdown on page twelve of the leading tabloids, naturally.

“It’s something I find very strange, especially from an older gentleman against a young girl. But I’m much older and much more experienced, so it would be good to have a conversation with him now.”

What’s bizarre is that she sounds like the grown up and Louis the spoilt brat. Then again, the content of what Walsh splutters on the programme is strangely immature, in an automaton sort of a way.

“You’re great, (fill in name)! The whole of (whatever city the contestant is from) should be voting for you right now!”

I bring all this up because it’s a good example of how the whole X Factor bubble seems to be warping the personalities of its personalities as time goes by. I’m sure Louis Walsh never used to be such a douche bag. Or perhaps he was and he was better at hiding it, I don’t know. Either way, the success he’s tasted as “on air talent” has gone to his head a little, clearly. I suppose it’s all that power, the careers of the fledgling in the palm of one’s hand. I suppose it could get to anyone, a bit like being the autocrat of a Central Asian country. Louis and Nursultan Nazarbayev (pictured above) should have a beer together sometime soon.

X Factor has become a little like Big Brother hasn’t it? I mean it always was conceptually similar – substitute professional entertainers for ordinary schleps in an attempt to keep production costs minimalised – but their flight paths are strikingly parallel too. The people who emerged from the X Factor as winners early on were genuinely expected to become pop stars, and often did so. Now, no one expects whoever won the thing to do anything subsequently at all, except perhaps have a more lucrative pub career. Like I said, stuff like One Direction appearing from the mist happens by accident and those acts never win the show anyhow. The audience who buys pop downloads is not the same as people who vote for X Factor winners (age gap is about forty years, by my reckoning). Happened to Big Brother too. All of the early winners had their fifteen minutes in the celebrity sun, but near the end no gave a monkey’s about them anymore.

Anyhow, I remain ever the optimist and perhaps when the ratings do start to sag, they will try and open the field out beyond karaoke participants and maybe even have some acts with some musical range. I suppose what I’m saying is, I believe that despite all of the evil it has brought into the world, the X Factor can one day become a force for good. Someone give me a ring when that goes down. In the meantime, Louis Walsh: please grow up a wee bit. And way to go Cher – revenge is a dish best delivered in a calm, assured voice.