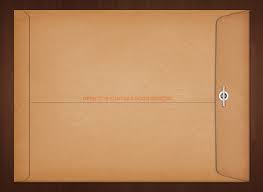 There’s a saying that goes politics is show business for ugly people. There’s probably some truth in that. But I’d counter with this: show business is politics for stupid people. I probably would have been better off knowing that prior to diving head first into an attempt at an acting career in 2004.

Bizarrely, it all got off to somewhat of a flying start. I very quickly landed a few gigs on TV ads (none of which ever aired – it is remarkable how many adverts are shot in London that never see the light of day), which led in a roundabout way to an audition to be in feature film. I received a scene from the script through the post, the scene that would form the basis for said audition. The film was entitled Manilla Envelopes and the bit I was to read for involved me talking about milk for five minutes. So my first impression of the thing was not terribly good.

It all seemed to be going for a very poor man’s Quentin Tarantino vibe with a hint of Guy Ritchie thrown in for seasoning. But, I thought at the time, what did I know about making films? I wasn’t about to look this gift horse in the mouth. The audition didn’t improve my idea of what the film was going to be like a great deal. The director was a strange looking South African teenager who oozed pretention and had a high pitched, squeaky voice that made everything he said sound even more ridiculous. Before I started reading the scene, he sat a cup of coffee in front of himself, then placed a Dictaphone to his mouth into which he spoke the words:

“I have here a latte. It is a fine latte. The rich, creamy foam reminds me of my own mortality. Which is rich and foamy.”

The producer was an American kid who had decided to put on an English accent. Going further into this role, he had somehow re-imagined himself as a character in a Dickens novel. He wore a smoking jacket everywhere he went and often walked around with an unlit pipe saying things like:

“A hungry crew is a functioning crew.”

It felt distinctly like amateur hour, but I was terribly new to the whole acting game and felt like it was best to give it my all. The surprise came not when I received the call that informed me of the fact that I had landed the role of Dick, the American detective, in Manilla Envelopes but when I discovered who the other cast members were to be. Danny Dyer, Denise Van Outen along with most of the cast members of every Guy Ritchie film ever made, I was told. I was, of course, thrilled to get a part in a movie with all those actors given how nascent my career as an actor was.

My hopes for what this role could mean for me grew even larger when I received the full script and found out just how big a part I had been given (Dick was practically the main character, if a film as lacking in plot as Manilla Envelopes was could be described as having a main character). One thing slightly alarmed me once I had read the whole of the script, however: it was extremely terrible, even worse than the milk-obsessed segment I had read previously had led me to expect. It revolved around three different stories: one involving three cops who go to bars and discuss random crap; two media moguls who trade terrible puns with one another; and two journalists who walk around London meeting random weirdos.

What was supposed to hang it all together was the idea of a missing girl but this didn’t work in the slightest. I was later to learn when I met the screenwriter that it was meant to be an “unfunny comedy”, a description as good as any for it. It was lined with deeply unamusing jokes and non sequiturs, and that’s before I mention once more that the film had no discernible plot whatsoever. But I held my nose and thought that if all those working actors with the careers they had had thought that being in Manilla Envelopes was a good idea, there must be something I was missing.

After my filming on the movie was complete I didn’t hear anything from anyone connected with it for about nine months. Then I was given a call from one of the producers and asked if I wanted to attend a screening of the movie in Soho. Of course I gladly accepted the invite; I had spent that intervening three quarters of a year desperately trying to stay afloat, as the money I’d saved during my finance career started to get thinner and the thespian opportunities post Manilla Envelopes had failed to materialise on quite the scale I’d hoped. It seems I had experienced a bout of beginner’s luck. But that was all going to change now, I told myself. The feature film was finally finished and now would be my chance to shine. I arrived at the cinema to find mostly the crew there, quaffing champagne surely meant for a glitzier troop of people the producers had hoped would frequent the screening. Once we sat down to watch the film, three things happened within the first ten minutes of the movie commencing:

1). I was horrified by just how bad Manilla Envelopes had turned out to be;

2). I watched as two-thirds of the crowd got up and left. Clearly these were the movie industry professionals that had been invited to start a bidding war on this cinematic piece of poop and they had realised very early on that their evening could be spent better elsewhere, and finally;

3). I was terrible in the film. And I mean, monumentally horrible. What had possessed me to become an actor? I realised not much; mostly a desire to do anything but management accounts, an activity that I hated so much it had led me to eat cereal with whisky poured over the top of it.

Manilla Envelopes never played anywhere else ever again. Forget about a DVD release, it didn’t even get a “Free with every copy of the Daily Mail” dissemination. The only trace of the film’s existence is the trailer to it still sits on YouTube (where one can see Danny Dyer shouting the word “c**t” into my face). I’m sure some of the other people involved with the film were hopeful of what it would do for their careers. But all of us should have known all along that it was destined to fail, for the very simple reason that the script was mind bogglingly awful and the people involved in making it were young morons who had no clue what they were attempting to achieve. We put our faith in some sort of miracle happening, something that I certainly would have considered highly unlikely when I first formulated it as a possibility, but as I poured more and more energy into imagining a life where the impossible became reality, I lost sight of verity altogether.

And yes, the scene with me talking to Stephen Graham about milk for five minutes appears to be lost forever. Thank God.