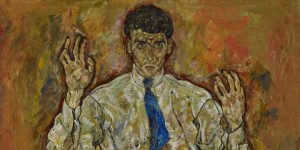 Robert Berthune came to Paris in 1890, moving from his hometown of Cassel in the Pays Du Nord in hopes of becoming a world famous magician. His first year in Paris was a difficult one; he approached the Moulin Rouge as a showcase for his talents but was roundly rebuffed, literally kicked out the door. Robert soon found himself standing near the bottom of the recently built Eiffel Tower most afternoons, trying to convince passers-by to throw him a centime or two for his card tricks or ability to produce an animal from some article of clothing or other. He made enough to eat but not to put a roof over his head; he slept under a large fir in the Champs de Mars most evenings. The worst thing was, Robert’s true gifts could only be realised within an interior setting, so he could only do simple tricks outside, a thought that haunted him constantly. If only an establishment would allow him to audition properly, then he’d be made.

Robert tried to ply his wares elsewhere, but the effort to do so became greater with his growing hunger and his ability to not seem like a homeless individual became increasingly impossible. He began to wonder whether he should perhaps return to his family in Cassel. But just as he began to make plans to return north, his luck turned. One day, he was sitting in a café on the Boulevard de Clichy sipping a coffee he had managed to scrape a few centimes to buy. He did this once a week, every Monday, just come to a café and have a drink. It was a supreme indulgence given the state of his finances, but without this little profligacy Robert knew his soul could not survive the punishing week ahead. It so happened that on this particular Monday a group of Impressionist painters were having some hard drinks at a nearby table. Toulouse-Lautrec was amongst them and at one point, just as Robert was preparing to leave the café, the painter cried:

“Is there no magic left in the world?”

Robert, acting before thinking, dashed over to the Impressionists’ table and said:

“I can show you a magic trick that will astound you. I will duck into the water closet and when I come out again I will demonstrate that I have made that particular room endless.”

The painters, mostly wasted on absinthe, thought this was the height of hilarity.

“If only Claude were here now! He would think this most gay!” cried Degas. “Go on street urchin, demonstrate your magic!”

Robert was undeterred by the malicious mirth directed at him. He had the painters’ attention now at least, and in the forum in which his true talents could be demonstrated. He put his index finger up in the air and then dashed to the bathroom, causing the artists to chuckle further. Thirty seconds later, Robert emerged from said water closet.

“Gentlemen, please come and see for yourselves.”

All of the painters got up on rather unsteady legs to witness what they were sure was going to be the ridicule of this clown with an accent du Nord showing them a simple bathroom. But each of them was silenced as they entered the WC. The magician, it seems, had been as good as his word. This room of urination and defecation that each of the artists had used so many times every one of them could have painted it from memory down to the tiniest detail, had changed so irrevocably that it was hard to continue doubting the semi-Flemish magician in their midst. Indeed, as Robert had promised, the water closet had become seemingly endless, huge beyond description. They followed Robert through the labyrinthine bathroom, now like cowed pupils behind him, as they took a turn here and a turn there, every time coming upon another variation of the original water closet.

“Please, sir, we believe you now when you say you are indeed a great magician, although I believed in you all along,” said Pissarro unconvincingly, gathering frowns from his fellow Impressionists. “Could you please end the trick and get us out of this toilet?”

Robert smiled. This was possibly the best part of his whole routine. He clicked his fingers and in less than a moment the Impressionists were all sat at the table in the café again, the one the artists had all been seated round when the magician had made his initial claim. Robert was standing before the table, just as he had been doing when he first approached them. For several seconds, none of the painters could think of anything to say until one of them broke the silence.

“You sir, are a great artist. If you would be so humble as to join our little group, we would be honoured if you would become one of us,” Renoir said with a lump in his throat.

From that day forward, Robert Berthune was considered one of the most important artists in 1890’s Paris. Through his newfound Impressionist connections, Robert even found himself on the Moulin Rouge stage, where he would make the back of the theatre disappear into a seemingly infinite world of mountains, fountains and futuristic buildings that the crowd themselves would wander into. Then, at the click of his fingers, the whole of the audience would be returned to where they had been seated before the trick commenced.

During this period, Robert was the toast of Paris. And when he heard about the fact that a famous medieval building was due to be torn down in the 13th arrondissement to make way for a new block of offices, he decided to use his newfound fame to try and preserve the ancient structure. The old building in question was a narrow stone bridge that straddled the Rue Morgue, just south of the Place D’Italie. It wasn’t the bridge from the Middle Ages that was the problem for the developer; it was the fact that the buildings on either side, which were residential, had become dilapidated. They were owned by an old aristocratic family called the Montesques who had run into financial difficulties. A wealthy land developer, Jean-Claude Resoir, had spotted an opportunity and bought the land rights to all of the buildings in that block, including the ancient bridge. Despite some grumblings from some local preservation societies, Resoir had scheduled the demolition of the bridge to commence on June 12, 1891.

The Impressionists, who despite being pro-novelty in most respects were mostly romantic when it came to old architectural structures, to a man all wanted to preserve the ancient bridge, at least once Robert had passionately pleaded to them of its importance. But how could it be saved, they asked? Robert Berthune had a plan. He approached Resoir and said that he would appear at the grand opening of the new buildings he planned to build so long as Berthune could perform a magic trick at the site in the interim. Robert told Resoir that what he planned to do was make the bridge disappear. This appealed to Resoir, as he had come to loath the ancient structure and watching it seemingly disappear into thin air was something that deeply appealed to his sensibilities at the time. He got one of the most famous artists in Paris to help him launch the building as well, so it all seemed a no-lose proposition to the developer.

On March 3, 1891, a crowd of a few thousand people gathered on the Rue Morgue, stopping all traffic, in order to see Robert Berthune’s latest trick.

“Watch as I make this bridge a window into your very souls,” he announced to the crowd before snapping his fingers. Nothing at all appeared to happen. The crowd began to get restless; Berthune appeared to have been publicly humiliated. However, the magician remained smiling and waved his hands for silence. After receiving it, he announced:

“I have not made this ancient structure disappeared as I said I would do. I have done the exact opposite – I have made the structure infinite. Although the exterior occupies the same dimensions in space as it previously did, inside it now goes on forever and ever.”

A few curious onlookers wandered up and into the bridge’s interior. What they found there astounded them: the interior of the bridge did indeed appear to “go on forever”. Suddenly seemingly voluminous, with the dimensions of a large stadium but with the contents being flats and offices, the inside of the bridge was massive and luxurious. The people who filed in had to run outside again to see for themselves that from the exterior the bridge looked no bigger than it had previously. It was a miracle – and Robert Berthune’s greatest trick, the one he would be immortalised for.

The Rue Morgue Windows (named after the Berthune quote from the 3rd of March, the one regarding “windows into your very souls”) shortly became the biggest tourist attraction in Paris bar the Eiffel Tower. Sadly however, one aspect of Berthune’s plan did not come off: he had made the space inside the Windows into offices in order to ensure that Resoir could still make money on his investment. This didn’t work in the end. No one wanted to buy or even rent property that wasn’t in truest sense of the word “real”, and although people were willing to pay to enter the attraction, the French government of the day forbade Resoir from doing so, citing the Windows as “the world’s treasure”. Thus, on February 20, 1892, less than one year after Bethune’s trick was pulled, Resoir committed suicide. The government then requisitioned the Windows, making them belong to the French state in perpetuity. They remain on display in the 13th arrondisment to this very day, not as big a pull for tourists as they once were, but still significant to the Paris travel industry.

Science still cannot explain the Rue Morgue Windows. They are inexplicable, the only example of definable, real magic in the world. They remain an affront to physics and to common sense, possibly the chief reason the attraction continues to be loved.