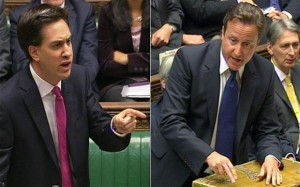 Verdict: Victory for Cameron, statesmanlike in his approach to the Crimean crisis

Yes, the Prime Minister came out on top today – but only because Miliband intentionally let him have this one. The Labour leader chose to ask all of his questions on the situation in Ukraine. While there is something commendable about this – the Leader of the Opposition putting aside petty domestic squabbles as Europe faces its biggest crisis in decades – it lacked in political astuteness. Cameron was always going to look statesmanlike answering questions on this subject, particularly given how well he and Hague have handled the whole thing up until now. Miliband knew this, but clearly thought that the Crimean situation called for a moment of national unity. While I would be the first person to applaud the House taking the Ukrainian situation seriously, Miliband could have had his cake and still eaten it this week.

If I were advising Ed, I would have told him to ask two questions about Ukraine, sit down again and let the backbenchers have a few, and then come roaring back with the rest of his allotment on why the Prime Minister is holding back the publication of the government report on the impact of migration, demanding the immediate release of said document. Miliband always comes out on top when he asks questions that punch at the fault lines within the Conservative Party, immigration being one of those. When Miliband can expose the differences between Cameron and his backbenchers (or even sometimes his front benchers), those are his best PMQ days. It would have been the right thing to do in many respects as well – the report should be released as soon as possible, and it certainly sounds as if the Home Office is playing games with it. While national unity in the face of crisis is all well and good, the opposition is there for a reason: to hold the government of the day to account.