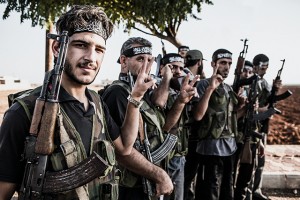 At the end of last week, an article in the Indy appeared about how there is a pool of Brits stuck in Syria, those jihadists who went to fight for IS or some other militant fundamentalist grouping, who are now desperate to come home. The only thing that stops them is the fear of being stateless. They talk about being willing to undergo any programme the government wishes to throw at them in return for coming back to the UK. At present they are staying put, terrified of being left without a country. And staying put means having to continue fighting, whether they really want to or not.

This is relevant when you consider the BoJo/David Davies approach. My view is that we should be thinking in terms of lowering the terrorist threat in Britain and nothing else on this subject. Retribution is for extremists. So I think trying to get these guys back to Britain, learning everything they know (and the intelligence alone is probably worth this whole exercise), and at very least having less psychos running around the Levant causing problems is the best option on the table.

This is even before I get to the main crux of this article: what about the actual freedom fighters in Syria? By that I mean people who may have gone out there to fight Assad and help pave the way for a liberal democracy in the country, back when that was deemed a real possibility. With Boris saying that anyone who is out there and British must be a jihadist, what about these guys? Recall how close we came to militarily striking Assad in summer 2013, not to mention possibly arming these same rebels. It seems like everyone who went out to Syria to fight, even if it was for reasons we still mostly sympathise with, are now tarred with the same, nasty brush.

It reminds me a little of the Spanish Civil War, when foreigners such as Orwell, Auden and Hemingway went to fight against Franco, against the fascism they saw creeping across the continent (which WWII proved them right about). They variously found themselves being called communists or being targeted by the communists themselves as the left in Spain imploded, turning against the anarchists and allowing Franco into power for almost forty years.

History shows us that when complex battles are simplified into sound bites, the ones who benefit most tend to be the most pernicious actors. We see it in Syria, where IS and the Assad regime plow on, while those who simply wanted to see a better Syria are marginalised and extirpated. And those amongst them who are British are now threatened with being unable to live absolutely anywhere on Earth.

Islamic fundamentalism and the desire shared by a bunch of lunatics to carve their own regressive Caliphate out of the Middle East is possibly the biggest problem facing the western world right now (I only say possibly because there is such a panoply to choose from). Please let us deal with it using all of our brainpower and not attempt to boil it down to moronically simplistic solutions. The people we wish to defeat are very serious about what they are doing and cannot be counted on to destroy themselves, as Al-Qaeda mostly did. Being unthinkingly belligerent may be somewhat comforting, but is the road to ruin.