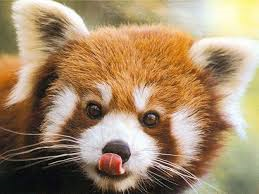 Yesterday, I was with my family at the Longlade Animal Safari in Wiltshire. Yes, for those of you unaware, there is a brown sign attraction on the Wiltshire-Somerset border where you can drive around amongst lions, tigers, giraffes, elephants. There is a monkey sanctuary in which little primates jump on your car and tear it to pieces. We got off only having our windshield sprayers dismantled. While this took place, I could only think of people in India shaking their heads as they watched a video about the silly things people do in England, like allowing creatures they view as semi-parasites to cause damage worth the average monthly salary in Gujarat to their vehicles while the Englishman driving smiles and says “how cute!” to his brood.

Anyhow, as we later got out of our car and walked amongst the animals that won’t destroy your car or eat you, the ones kept in a more zoo-like environment, my wife was playing hide and seek with our daughter to keep her interest levels up. At one point we stopped in front of one particular animal’s cage and my daughter said, “Why can’t we go and hide in there with the Red Panda?” The answer has stuck with me since. Not the simple and obvious one, namely it was against the establishment’s regulations, but the deeper answer as to why the Red Panda needs be kept behind glass where no physical contact is available – and why to the young such a thing is strange. The Red Panda and we must be kept apart because it is a danger to us and we are a danger to it. For a little girl, such a lesson still awaits. We are born with an innate curiosity about nature and want to commune with it; we learn, hopefully more from our carers than real brushes with death, that nature is both friend and enemy, but unfortunately more the latter. It wants to kill us if we’re not careful.

I went to look at my iPhone in order to ascertain more information about Red Pandas (the information was now being requested by the little one who had expressed a wish to hide with the creature) but soon found out that there was no cellular reception. I did the doublethink I usually do when placed in this situation, which was to on one hand curse the lack of technology available to me and then to recall that it wasn’t all that long ago that information on demand, in the palm of your hand, wasn’t available to anyone, anywhere. On further reflection, I more side with the former thought pattern. The genie is out of the bottle; we have all tasted endless information at our fingertips and so the inability to have it anywhere and everywhere is torturous. Not to mention that the effect of having it is that it creates the expectation of it being available, not just within each individual but with the whole thing becoming bolted onto society’s norms.

Think about it from a work perspective. Once upon a time, travel was dead time. You weren’t expected to work while on the train into the office, or taking it across the country for a conference. That was definably an interim, nothing to be done about it. Now, the expectation is that you can send emails, check things online and thus use the time more effectively. Except of course, you usually can’t. Theoretically you should be able to, but we don’t actually live in an age where that is possible except in theory. Cellular data, such as 3G, is available very sparsely across the UK. There are loads of dead spots in central, Zone 1 London for example. I recall trying to email a report while on a train from London to Glasgow and it took me most of the Midlands to pull it off, simply because I kept losing the signal and had to start all over again. A lot of new laptops don’t have USB inputs anymore, as if it were an outdated piece of technology. Who needs external drives when everything lives in the cloud and you have unlimited access to said cloud? Agreed in principle, but that always available cloud exists for now only in our imaginations. Most of the time, the reality is trying desperately to get 3G while waiting for Leighton Buzzard to whizz by. It’s like collective wilful ignorance; we’re so close to this technological nirvana, we just want to pretend we’re there already.

On our way from the safari park to Cornwall, our final destination, I put on “Beggars Banquet” by the Stones. The final track is “Salt of the Earth”, one of my favourite Mick and Keith tracks. It starts with Keith singing a tribute to the poor and indigent, a smart move on the band’s part; the one working class chap belting it out makes you think perhaps the whole thing is straight faced, when if it had started with Mick you would have known it was a piss take. But Mick’s alienation is addressed in the song’s middle eight, one of the best passage of Rolling Stones’ lyricism: “When I look at the faceless crowd, a swirling mass of greys and black and whites, they don’t look real to me, in fact they look so strange.” This is the honesty, Mick’s alienation from the plebs, the “let’s drink to the two thousand million”, the myth. If only more rock music were this honest.

It’s like the Red Panda; we keep it trapped so that nature doesn’t wipe it out. We want to commune with it, our tiny two year old selves do anyhow, but we know it is a bad idea, both for ourselves and for the panda. We love the technology that makes it possible to see a Red Panda in the middle of Wiltshire and loathe it for not being able to do enough, for not being able to bridge a gap we want bridged so badly we sometimes just pretend the overpass exists.

And I’ve just realised that the camp in Cornwall I’m in has no Wi-Fi. I have no way of sending this post out. That makes this article like a message in a bottle, thrown into the ocean from a desert island. I don’t know how it will reach you, but I go on writing it anyhow. I suppose I should drive to the nearest Starbucks and be done with it.