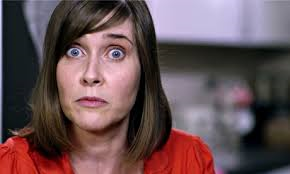 I’m not a rabid Scottish nationalist by any means. In fact, on balance I’d rather Scotland stayed in the Union, mostly because I fear for the chaos that might ensue, in all parts of what was the United Kingdom, in independence’s wake. So I do not offer the following critique for political reasons, but rather aesthetic ones. Because as someone who has made a party political broadcast or two myself, I hate to see the form badly let down. And Better Together’s PPB from a couple of days ago may well be the worst one ever created.

The basic idea of the thing is that it is trying to translate the mind-set of the “average Scot” and their fears about what independence might mean. I can understand this as an approach, so so far so good as far as basic concept goes. Then the advert itself starts.

We see a youngish middle-aged woman sit down at a kitchen table with a mug of tea in hand.

“Best time of the day this – when they’re all out.”

Now, I’m going to stop it right here. This is filmmaking 101, of the show it don’t say it variety. Why not start the thing with ten to fifteen seconds of her rushing around trying to get the family out the door before having her speak? Then the set-up would feel real. Just having her talk about how rushed she is doesn’t work.

That’s before we get onto the sexism issue, which would require a whole other article to discuss. Yes, the thing is sexist, unquestionably, amongst its other crimes. The idea that a 21st century woman needs to be told how to vote in a national plebiscite by either her father and/or her husband is almost Taliban-esque in its viewpoint of femininity. But I only have time to describe how badly made this thing is, so let’s put that aside for now.

After a cut that would get you kicked out of film school on the first assignment, our protagonist tells us of the verbal kicking she doled out to her hubby before he left for the day.

“It’s too early to be discussing politics – eat your cereal”.

And then it pulls focus to – you guessed it – a bowl of cereal. This is Ed Wood grade filmmaking now. I was surprised by this stage that the broadcast hadn’t started with a voiceover telling us: “A woman sits down at a table with a cup of tea in hand. She is about to describe her busy day that we will see none of as she is meant to represent the mythical average voter.” A few seconds later, she tells us about her kids always “having their ears stuck to phones” while we cut to a shot of a small child’s crayon set. How old are these fake kids supposed to be anyway? Who are these toddlers always calling?

I should mention tone here, perhaps the PPB’s single worst aspect. The whole thing is set in a kitchen that looks like something from a bad student film rip of an Ingmar Bergman movie, or like a community theatre version of Krapp’s Last Tape. If you watched it with the sound off, you might think it was a short film about a woman whose whole family has just died in a horrific car accident, and she’s so traumatised by the episode she’s convinced they are all still alive. The pretention of the producers oozes off the screen throughout; at one excruciating point, there is a focus pull from the woman’s mouth to her eyes for no reason at all. All of this failed attempt at style makes no sense either, as surely the entire point of the piece is to express what the “woman on the street” is thinking. I would have thought that the most straight ahead, no nonsense method would have been the best to try and achieve this. Instead, we are treated to someone who wants desperately to be Jean-Luc Godard looking down the lens, to car crash effect.

The respective campaigns in referendums rarely make a huge difference, actually. It is decided much more by prevailing political factors alive at the time of the poll. However, with Darling’s debate bellyflop and the worst PPB ever, Scottish independence feels perilously close all of a sudden.