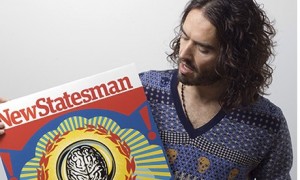 I am what may be described as a politics geek. I work in the Westminster bubble; so do most of my friends, in some capacity or another. But it wasn’t always thus. I have always been interested in politics – when I was fifteen years of age, I sat and watched the Iran-Contra hearings for several days – but I didn’t vote, ever once, until I was thirty-five. The reason I waited so long to head to a polling station was for reasons that I’m sure are familiar to millions – I didn’t feel like politics were for people like me. I felt that most politicians lived in an ivory tower and making any difference at all to the way the country was run was well beyond folks such as myself. People who hadn’t gone to public school, or been to Oxbridge, or worked in an MPs office when I was in my twenties.

But when I began to engage with Westminster, I found something I wasn’t expecting. I found that it was much easier to talk to politicians, to attend political events, and even try and campaign on single issues than I ever would have thought possible. Because the truth is – and here comes the big secret that no one wants you to know about – Westminster is actually a pretty open place. As an example, a few weeks ago a delegation of Ukrainians were in town. Included amongst them was former heavyweight boxing champion and possible future mayor Kiev, Vitaly Klitschko, as well as probable future president of the country, Petro Poroshenko. Now, I knew about the whole thing because I work in politics, but the information was readily available on the internet. You didn’t need a parliamentary pass or anything else to walk in and speak to the most prominent people in Ukraine today – you just needed to get past security. And know about it in the first place, which is where engagement comes into play.

Russell Brand, in his now infamous New Statesman issue, advocated not taking part at all with the mainstream political system, which included a plea for people to disenfranchise themselves. Propping up the myth that Westminster is some unreachable, walled off fortress only solidifies the power base of people who wish things to remain precisely as they are. It simply lets those in power who do things we do not like off the hook. Particularly – and this is why I’ve written this article – when Westminster isn’t ensconced in an ivory tower as it is said so often it has become a cliché, but actually a reasonably easy place to make your point, if you’re willing to put in the time and effort and are able to put forth your arguments in a coherent manner.

As a pressure group like 38 Degrees have demonstrated, it doesn’t take much to make politicians sit up and listen. It’s not far removed from how television works – if a hundred people send letters to the BBC, complaining about a programme, it is taken seriously. Because this figured is multiplied exponentially, by the people who receive and have to wade through them, to represent huge swathes of the populace. The same calculation is made in politics; an assumption of huge degrees of apathy is baked into the system. So the idea that one person cannot make a difference is fiction.

I believe the time has come for us to stop feeding the cynical machine that tells people they cannot make a difference. Reinforcing the stereotype that no can make a difference just makes it a self-fulfilling prophecy.