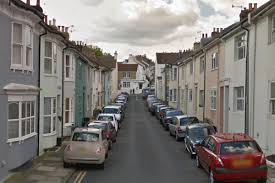 Sadiq Khan has been given the task of winning over “Green strays” and getting them to vote Labour “again”. I put the words I did in quotations to reflect the way Labour tends to see this stuff; these are people who they should without doubt be winning over, in the collective mind of the party. While politically I get this mentality, it can have a damaging effect on the very mission that fuels these discussions in the first place.

The task is not academic or purist either: the party internally estimates that around 17 marginal seats could be affected by the Green vote in 2015. Not that they think the Greens are going to win 17 seats, just to be clear, but that the Greens will pick enough votes off of Labour to let someone else, usually the Tories, win the seat. In what will be a very tight contest, 17 seats is a lot to worry about. Surely, some might say, with Labour’s leftward tack during this parliament, it shouldn’t be a problem luring the stray lefties back into the fold. But the task laid at Sadiq Khan’s door is more difficult than it may at first appear.

At Labour conference in Brighton, 2013, I had a drink with a friend of mine who is a Labour activist in the Brighton and Hove area who described in detail the horrors they faced in the Pavilion constituency when Caroline Lucas won the seat off of Labour during the 2010 general election.

“After the result was announced, the Green lot stood outside Labour Brighton HQ chanting “Scum! Scum!” It was really ugly.”

The antipathy between the Greens and Labour, particularly in places like Brighton, makes perfect sense. They are two tribes fighting over the same patch, trying to lure roughly the same group of people. This creates for Labour what I like to call “the Lib Dem problem”: how do you win over those on the left who vote for parties other than Labour? Do you treat them as fools who have just strayed idiotically from the flock and tell them, “It’s okay; come on home”? This tends to come across as patronising and make people who at some point made a conscious decision to rebel against voting Labour engrain their antipathy towards the party – the opposite of what is intended.

Do you attack the Greens, hoping that by slating them you convince people who might have voted Green to vote Labour? I don’t think the “Kill Clegg” strategy has worked all that well and actually may backfire badly on Labour come 2015. I saw a friend of mine at this year’s Labour conference in Manchester, someone who left the Lib Dems during this parliament because of unhappiness at the Coalition. I asked him if he was tempted by Labour. He wrinkled his nose and said he found Labour “a foreign environment”. Said things like the anti-Clegg PPB, far from making him feel more warmly towards Labour, really turned him off.

“I am far from being a Nick Clegg fan as you know, but when they went after him in that ad so viciously, I don’t know, I felt strangely defensive. Sort of Lib Dem again, even though I’ll never vote for the party again.”

I might add here, almost superfluously, that my friend is thinking about voting Green come 2015.

Labour can try simply love-bombing the Greens, with talk of “Rainbow Coalitions” and such. But this isn’t likely to make anyone not vote Green, really, when it really comes down to it. I suppose there is the “you’re letting the Tories in” line of messaging, which will probably win by default. But thinking back to the “scum!” chanting in Brighton in 2010, one has to wonder about its possible effectiveness.

I think the problem Labour have in turning the Green vote red comes back to the problems inherent in the 35% strategy. A lot of the potential Green vote is comprised of young people who grew up during the Blair era and associate Labour with New Labour still. Miliband probably had to be more bold in his offer to those who felt Labour weren’t “left enough” during the course of this parliament. But in doing so, he would have further isolated former New Labour voters, so I understand to some extent why this was politically difficult. In the end, I think Mr Khan will just have to shout “Vote Green, get Tory” as loudly as possible and hope it sticks.