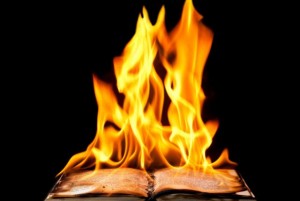 Sajid Javid, the minister in charge of DCMS, gave a speech to the Union of Jewish Students Annual Conference in London yesterday. The Daily Telegraph reported this yesterday under the headline, “Protests and boycotts risk stripping Britain’s vibrant arts scene”, which would lead you to think that Javid had issued a diatribe against politics and art colluding. I was all ready to dive into a “The Tories don’t seem to understand that all art is inherently political” rant when I actually read what Javid himself had said.

Essentially he argued that at a macro-political level, politics shouldn’t interfere with art. He gave as a for instance the idea that artistic interchange between Russia and the West should not come to a halt due to the current political situation between the two camps. That art was more important than momentary fighting between countries. This is a very different sentiment to the one made out in the Telegraph’s headline – almost the exact opposite. What was interesting about the mislead in the headline was that it came from the newspaper sometimes mockingly, sometimes lovingly, referred to as the Torygraph. So this wasn’t the Guardian trying to put words in a Tory minister’s mouth. It was a reminder of the whole problem conservatism faces in regards to artistic expression.

At the moment there are a group of Tories who feel that art is certainly not above politics, and they are letting the BBC know about it. Hilary Mantel’s “The Assassination of Margaret Thatcher” is being adapted for screen by the BBC, and this has several Conservative Party grandees frothing at the mouth. “It’s a sick book from a sick mind and it’s being promoted by a sick broadcasting corporation,” says rent-a-quote, angry Tory Lord Tebbit. They are taking umbrage over the broadcast due to the fact that it imagines a world in which Margaret Thatcher died in 1983. What’s odd about their bile is that they seem to imagine that such a depiction could only possibly be negative towards Thatcher and her legacy. On the subject of that legacy, they also don’t seem to understand that Thatcher and her premiership has become so pivotal to British history that it has become as indelible a part of that story as the Tudors. They should be happy that the Prime Minister they worked for and with should have come to have been seen this way; instead, all they can see is the BBC trying to blow up Margaret Thatcher.

But there is more to this than a simple squabble between the Tories and the BBC. It comes down to conservatism and what it is okay to say and what it isn’t. It highlights one of the big differences between conservatism and liberalism: liberals think we need to tolerate viewpoints we don’t like because free speech is fundamentally important. Conservatism believes there is a “right” set of beliefs and a “wrong” set, and the people in the right should do or say pretty much what they like while the wrong people should be silenced. Now, I’m not saying that all Tories think like that, as Sajid Javid himself showed in his speech yesterday; this is because there are some liberals who wear a blue rosette. But conservatism itself is wedded to the idea of faith in a Manichean view of the world, and thus will always be suspect when it comes to free speech.