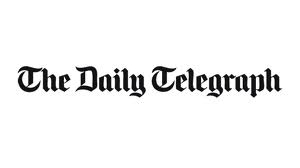 Man, am I ever hungover. I sit in a hotel room in Birmingham feeling like I got into an ill-advised scrap with a giant. It is, of course, entirely my fault; I was seduced by that great Tory conference temptation, free champagne. And there is a whole day and a half of conference still left to go. I may be attending Lib Dem conference in Glasgow in a wheelchair.

Yesterday afternoon, I was headed back to my hotel room to drop some things off when I ran into a friend of mine who writes for the Telegraph. We talked about the topics of the moment, Labour’s flat conference, Reckless, etc. Then he said to me, casually,

“Do you want an invite to the Telegraph reception? I can get you in.”

I tried to act as cool as possible, and in as nonchalant a voice as I could muster told him, sure, that would be great. You see, the Telegraph reception at Tory conference is the party to be at. And I had never yet managed to wangle my way in. But here it was, the long awaited ticket to the big time.

“Where is it?” I asked, knowing there was no way it was going to be advertised anywhere at all. He wasn’t sure.

I attended another event early that night, right before the Telegraph do was due to start. I asked a famous Times journalist where it was, assuming he’d know.

I decided when the time came to simply rock up to the ICC and hope for the best. There I spotted an appallingly famous TV news journalist, someone so appallingly famous that if I mentioned him by name I would deserve to go to name dropping prison for twenty years.

“Hey (insert name of appallingly famous TV news journalist here), do you know where the Telegraph party is?”

Of course he did. As we walked towards our shared destination, the TV news journo turned to me and asked in a very concerned voice:

“You do have an invite, right?”

I explained to him that I had only been invited that very day and thus had concerns about my name being on the list and all of that. He heroically decided he would get me in one way or another.

“This man is one of the most important people in the country, you know,” the TV man said to the frowning woman at the door while pointing at me.

“Name?” she said disapprovingly. I gave it and then started mumbling excuses, feeling sure all of a sudden my name wouldn’t be on the list.

“You are actually on the list,” she said with a fairly insulting hint of surprise in her voice.

So there I was, the Valhalla of modern politics. And it was great. At one point, I had somehow gotten into a one on one conversation with George Osborne. I was too far gone by that stage to recall exactly what I said to the Chancellor of the Exchequer, but I hope it wasn’t too stupid, whatever it was I said.