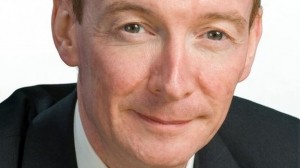 In an interview for Progress Magazine, excerpts of which were re-reported in the Guardian yesterday, Pat McFadden, who became opposition Europe portfolio holder a little over a month ago, described the way immigration is being discussed in the UK at present “as if it is some kind of disease that needs to be treated, rather than a fact of life that has to be coped with.” After months of UKIP-lite from Britain’s two main parties on the subject, and coming off the back of Cameron’s immigration speech, hearing this sort of thing is extremely refreshing.

“We really have a choice: you can feed on people’s grievances or you can give people a chance. And I think our policies should be around giving people a chance, not a grievance,” McFadden further said. He acknowledged that globalisation is something that is irreversible and that the centre-left is doomed if it retreats into a conservative desire to see things return to the way things were in 1945. Amongst other things, McFadden is absolutely correct in this assessment.

What Labour has to say on immigration is extremely important. As the largest centre-left party, they dictate a lot of where the debate on such a thing goes. It’s important to say that McFadden’s sensible words do not cancel out Yvette Cooper’s awful speech on immigration a couple of weeks back, and indeed, Labour’s response to Cameron’s speech was all over the shop. Still, in a desert, one has to acknowledge the occasional oasis when it pops up. At this stage, anything approaching a grown up contribution to the debate on immigration needs to be championed.

Let’s hope the tide is turning on the subject of migration in this country at long last. I was hunkering down for months of UKIP setting the tone on this, ahead of the general election; instead, two leading figures from Labour and the Tories, one of them the Prime Minister of the country, have been quoted as saying very sage things about it all. Who knows, perhaps they figured out that things had gone too far in the wrong direction and it was time to pull it all back before things got really ugly; perhaps they realised that chasing UKIP voters has only seemed to help Farage’s team out thus far; or perhaps they have realised that the liberal vote is what is ultimately going to decide the election ahead.

Whatever has provoked it, three cheers for some sense finally being voiced, particularly after the Rochester & Strood by-election nadir of Reckless suggesting repatriation.