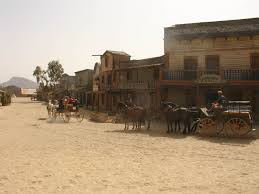 When I was twenty-two years of age, I was desperate to make my living playing music somehow. The only way to do that where I grew up, in the hinterlands of western Canada, was by playing country and western. So I auditioned for a group of five blonde girls who called themselves The Sisters who were looking for a backup band that they had decided to christen “Southern Heat”. I got the gig as the bass player and was then introduced to the rest of those who had made the cut. There was the guitarist Jason, who was a bit of a right wing weirdo who was obsessed with Yngwie Malmsteen; Brent, the drug addled keyboard player who was obsessed with thrash metal (and was, as it happens, also incredibly right wing); and finally, Dave the drummer, who we all quickly nicknamed “Dad” on account of his generally paternal, conservative nature. I was far and away the most left wing member of Southern Heat.

The band had some growing pains on account of the fact that none of us had ever played country and western music before. We had all done rock and/or jazz but no C&W. We played a few gigs around town that went down like a lead balloon and we felt certain the Sisters were on the brink of sacking the lot of us. In the midst of this scythe hanging over our heads, we had a rehearsal at the start of which Jason showed up so hung-over he could barely walk or talk. He’d been to a wedding the day before and had stayed at the reception until ten AM.

“I’m dying,” he just managed to get out as we set up to play. To make matters worse, Brent had also been drinking to excess the previous evening, while Dave and I had the flu. We started to play the set. It sounded horrific, even worse than usual. Everything was too slow, too creaky; it sounded like the songs were about to fall apart at any moment. At one point after a particularly cacophonous number, I watched the Sisters’ manager coming running towards us. He was a large, cantankerous man who complained about how crap we were a lot.  I braced for impact as this was surely the moment we were all about to lose our jobs.

“That was perfect! You boys have finally got it!” he said with a huge shit-eating grin. So it seemed that, yes now we had it. Just play like we were hung-over with the flu and we were all good to go.

A few weeks later we were informed that the Sisters, in league with Southern Heat, were heading out on a tour of the western United States. As soon as we hit the road, Dave went extra father-like on the rest of us. He quickly found this habit of always warning Jason, Brent and I before we hit the tiny town we had recently arrived in not to drink too much. Or perhaps if we had been out on the tiles too many nights in a row, Dave would suggest us all staying in the hotel and getting a good night’s rest. His foil was Brent, who had decided to pretend that instead of being the keyboard player in the backup band for a really lame country girl group, he had instead joined a slightly hoarier version of Led Zeppelin.

“Let’s go out and party!” Brent would yelp at the top of lungs at the start of most evenings, all the while holding a bottle of cheap brandy in his right hand.

“We aren’t in L.A., Brent. We’re in Bumfuck, Wyoming,” Dave would say like a scolding, profane father. Despite not liking Dave’s killjoy attitude myself, on this he had a point. Going on the road with The Sisters was like doing the research for a book entitled “America’s Fifty Lamest Hamlets”. We toured across several states for months, not coming remotely close to even a mid-sized city in that whole time. It was very close to living in a John Waters movie – only one with a terrible soundtrack.

There were some memorable moments out there, however. In one village in Idaho, the members of Southern Heat were lounging in the town’s solitary drinking establishment when we were asked to sign the “Wall of Fame”. I myself didn’t recognise the majority of the signatories up there but a couple of impressive people had passed through that Idaho village over time. I spotted Merle Haggard’s autograph. A little drunk at the time, we decided it would be funny if we had Jason, the best artist of the bunch, draw a version of the Slayer pentagram logo but with “Sisters” in the middle instead of “Slayer”. The Jesused to the eyeballs locals were particularly unamused with this stunt and we slunk back to the hotel, all the while being menacingly stalked by a few local yokels. When we got near our temporary sanctuary, we ran like the wind as I got the hotel key ready for immediate entry. The rednecks who had been following us decided to shriek obscenities outside of our lodgings for the next hour or so.

“Canadian pussies!” was a particular memorable insult, one we used against each other for the remainder of the tour. I am happy to report that we all crossed the border from Idaho into Utah with our skins intact the following morning.

Despite tensions continuously running high, both within the group of guys and between Southern Heat and the five girls, we managed to keep the show on the road all the way to Billings, Montana before everything fell apart. Our first night there, Brent slept with Karen, the youngest of the girls. She only did this to get even with Jennifer, the oldest. Then it was discovered that Maureen was sleeping with the road manager. Dave said he couldn’t handle existing in the group any longer, as it had become a “cauldron of sin”. Lana, the self-appointed leader of the girls, said that none of the girls could work with Brent again after the supposed deflowering of Karen. So that was that. Southern Heat collectively boarded a greyhound coach bound for Alberta. After we arrived back in Canada, I never saw Dave or the five girls ever again.

Brent ended up moving to Los Angeles, the town he was born for, where when I last saw him about eight years ago he was drinking like Hemingway and tweeting messages like “Jordan IS Palestine”, “Climate Change is a Crock of SHIT!” and “Ninjas are so Metal!” to what I can only imagine was a crowd of likeminded individuals. Jason actually moved to England himself for a short period of time, but left when it was not a massive success (from what he told me when we met for a drink in the Docklands in 2001, he had spent most of his time in the British Isles in a council estate in Telford, throwing plates against a nearby wall to kill time).

Despite the “dad” gibes at Dave and the extreme difference in political outlook between most of us, the members of Southern Heat were actually a close-knit bunch. I suppose that inevitably comes when working so closely together for an extended period of time. But we drifted apart not long after the American tour and that taught me a lesson about friendships. They often aren’t as solid as you think. Particularly when go around calling each other Canadian pussies all the time.