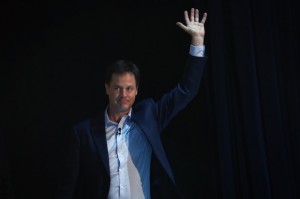 It was a lovely weekend in York. I hadn’t really been there before (and you could argue that, having spent virtually the whole of my time there either in meetings, fringe events or the bar, I still haven’t really been there), so I carried no prejudices. On the downside, I would say that the Barbican Hall, the Novotel and the Hilton are all just a little bit too far apart; given we had so much luck weather wise it didn’t matter quite so much in the end, but I personally would have loathed sloughing between them all in the rain.

Of the two panels I was on, the first was a Centreforum fringe on what the red line constitutional issues should be if the party found itself in coalition talks after the 2015 election. I kicked things off, saying that I thought that Lords reform and party funding would be a hard sell, but that PR for local government was a real possibility. Paul Tyler reprimanded me from the audience, saying that he felt I was being too pessimistic on the issue of party funding. I hope he’s right and I’m wrong; a real shake-up of the way politics is paid for in Britain is of paramount importance and if Labour and the Tories are more flexible than I think they are on the subject, that would be good news for the country. After I spoke, it was Lord Wallace of Saltaire next. William talked about the way that the House of Lords, the unelected chamber, is at least functional while the elected house, the Commons, is not; this is obviously a huge problem for British democracy. I take his point on the Commons needing reform in the way it operates; it says a lot for just how many government bills have come back from the Upper House significantly changed over the past decade, and often not on ideological matters but simple cleaning up of the technical aspects of the bill in question. Simon Hughes spent time on gender issues within the party, pushing All Women Shortlists; finally, Dinti Batstone confirmed my idea that PR for local government was achievable and touched on the topic of quotas as an answer to the gender problem.

Once that event was over, I had to rush over to the Hilton for the next panel. This one was on whether liberals should be in the Conservative Party or the Lib Dems, touching on Nick Boles recent National Liberal idea. My speech for the Centreforum event had been pretty easy for me to construct; I basically just had to talk about my day job for five minutes. On the other hand, trying to work out what I was going to say at this second fringe was extremely difficult, not because I couldn’t think of things to say on the subject but because I couldn’t decide what to leave out. There is so much to be said on the matter that narrowing it down to a five minute patter proved very tough. Thankfully the other panellists, Jeremy Browne and Ryan Shorthouse (who was brave enough to be the lone Conservative on a Lib Dem conference panel, a very brave move which I commend him for) were extremely good and I was able to bounce off a lot of what they talked about. I closed things off with a plea for unity with the party, an appeal to my fellow Lib Dems that we should never let ourselves become as factionalised as the other two main parties.

Overall, I think the conference was a success for the Lib Dems. Apparently, it was the best attended spring conference for us within this parliament. Nick’s speech was great and he delivered it with aplomb. The only real downside to it all, as I alluded to above, was that I left this afternoon hoping I would have seen more of York. But such is conference everywhere.