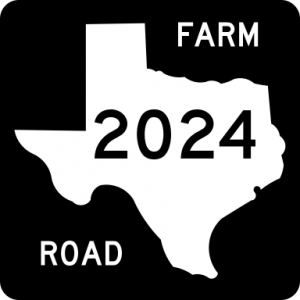 The Daily Telegraph has a feature on today about what the world will look like in ten years time, as seen through the lens of Cameron’s immigration speech. As even the Telegraph had to admit, the tone of the debate at present will seem completely bizarre in a decade’s time for several reasons.

In 2024, it will be obvious to everyone that we’ll be facing a shortage of the young people required to make the economy function. In other words, we will need workers from outside of the British born in order to keep the lights on. The other problems will still be there and in fact many will get even worse, such as the strain on the NHS and the lack of affordable housing. But these things were never really about immigration anyhow; migrants are being used simply as fodder to avoid talking about the real problems.

The reason that immigrants will continue to be attracted to Britain as a destination is because of the openness of our economy and its lack of cronyism when compared to other European countries. This is something the Right should be celebrating; instead, it has gotten itself mixed up in a debate on immigration they are destined to lose. Thankfully for them, the Left has jumped on the bandwagon as well, taking the UKIP bait themselves. This is happening not just in the UK, but around Europe. It’s interesting to note the phenomenon’s manifestation in Switzerland: a lot of anti-immigrant feeling is being stoked by the Left on the grounds that immigrants cause environmental problems. Whatever the dubious grounding in fact this stream of thinking has, do watch for whomever is Green leader in the UK in 2024 making a quasi-Rivers of Blood speech.

David Cameron and George Osborne, to their credit, know all of this. They realise that taking the Conservative Party too far down UKIP street would be the end of their party. That’s why Cameron made the speech he made yesterday – he knows that leaving the EU would be suicide for his own party. I think what he needs to face up to now is the fact that the Tories are doomed to split, and that the manoeuvre he came up with to avoid this happening, the pledge to hold an EU referendum in 2017, is the thing that will ultimately cause this to happen.

Cameron shouldn’t fear this as much as he clearly does. If the loony right leaves the Conservatives to join UKIP, it is the latter that will ultimately wither and die. History simply isn’t on their side.

What else will be happening in 2024? I can guarantee you that the Labour Party will either have ceased to exist or will be a creature so different to the Miliband led one you see before you now, they might as well be a different party. The Lib Dems? Hard to say. The coming explosion within the Labour Party may provide the opportunity for a reconfiguration of the Left, a chucking aside of 1970’s syndicalism for a more dynamic, 21st century liberalism. Or perhaps the Lib Dems as they are now will still be necessary. Bizarrely, it’s all in the hands of the other parties and where they go. UKIP? Dead and buried, remember as simply a weird yet instructive outpouring of the period in which they came to dominate, at least debate-wise if not in the House of Commons.

Finally, the Conservatives? Having at last settled the European debate within their ranks in 2017, although not in the way Cameron originally intended as it will involve a split, the Tories will get back to being boring, middle managers again. And probably go on to dominate the 21st century as they did the 20th, sadly enough.