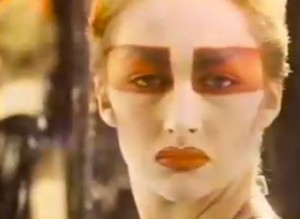 When it actually was the 1980’s, as in when I was a child during the penultimate ten-year period of the 20th century, I really hated the pop music of the time. In fact, I still loathe a great deal of it. But as the decade recedes ever further from the present, I become more and more able to park my childhood pain and look as objectively as possible at the music of that era. Time heals all wounds, that cliché really does stand when it comes to music. As a result of this soulsearching over the tunes of the era, I have compiled a list of the five best 80’s songs.

Let’s be clear here: this is not a list of what I think are the five best songs recorded between January 1980 and December 1989. If that was the case, this was would be crammed full of groundbreaking hip hop classics. No, I made a rule that this had to be populated only with music made during the 1980’s that falls into the genre we would recognise as “80’s music”. It’s hard to explain exactly without describing it for two thousand words, but surely you guys know what I mean. All right, here we go, the list, in reverse order:

One of the strangest singles ever released in any era, “One Night in Bangkok” begins with a blast of Oriental style classical music, before we break into typical 80’s synth pop. Only instead of a melody, we are treated to actor Murray Head rapping. For a bit anyhow. About Yul Brenner and chess, not two things I automatically associate with the city of Bangkok. No matter, soon we get to the chorus, delivered by a troupe of female vocalists who chime: “One night in Bangkok makes the hard man humble”. Head returns, now less bad white rapping so much as doing a William Shatner impression. “I get my kicks above the waistline, sunshine” was the line every schoolboy struggled to understand.

I remain convinced amongst other things that this song is the inspiration for “The Hangover 2”. The 80’s has a lot to answer for.

Ah, Flock of Seagulls – to a whole younger generation, nothing more than a pop cultural reference in “Pulp Fiction” that they don’t understand. But for a brief period they spun out the hits. Well, this hit anyhow.

I will warn you about this song before you go looking for it on YouTube – it is so powerfully 80’s that you may end up with octogenarian decade poisoning should you subject yourself to it. In fact, it is so quintessentially 1980’s that when either of my children becomes old enough to ask that all important question, “Dad, what were the 80’s?”, I will simply play them the “I Ran” video and leave the room. In five minutes time, they will know everything there is to know on the subject.

It almost feels like cheating including this one; it actually barely makes the cut, time wise, and stylistically the early 80’s were hundreds of times cooler than the middle period of the decade, never mind the fag end of it. Back when pop songs tried to be quirky as a result of New Wave. But on reflection, it also perfectly represents the best thing about pop music of the period: it really does not take itself too seriously, something that pop forgot after the onset of the 90’s and has never truly rediscovered.

Also, it was one of the last records of my childhood that was endlessly played on the radio that I actually really liked. Another great fact about “Turning Japanese”: it was a massive, fuck off hit everywhere in the world, except for America. Go figure.

Think of it as “Two Little Boys” for the 80’s, or that tune that Eminem sampled. Either way, this is real 80’s gold. Sort of a Madonna rip, I have to admit, but I like it much more than any record Ms Ciccone ever sang on myself. Mostly because the hopelessness of the lyrics (it’s about drug addiction) is the kind of pathos you rarely got in 80’s mainstream pop. The pain seems real in way that was rarely the case back then.

One of those ultra 80’s tunes that instantly makes you think of Molly Ringwald, big hair and skinny ties. It’s the greatest pop tune of its period – what else could be number one? Not only representative of its time, “I Melt With You” is also just a great pop record, full stop. Nothing more to say, really.