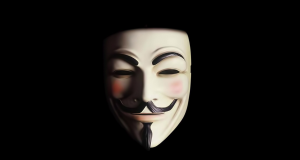 In the wake of Lord Oakeshott’s epic failure to unseat Nick Clegg as leader of the Liberal Democrats, I thought it might be fun to look at the top five failed attempts at unseating someone in a position of power in the history of our great nation.

We start with the mother of all failed political coups, one so infamous the nation celebrates it every November 5th.  It was centred, as all these things were in the seventeenth century, around religion. Essentially, James I had promised more tolerance towards Catholics and not delivered. The Catholics weren’t best pleased about this. So a group of them decided they weren’t just going to assassinate the king – they were going to blow up the whole of parliament for good measure.

For such a dramatic idea, the whole thing was foiled in remarkably mundane style. A letter tipped off a member of the House of Lords named William Parker to the whole thing. So a party went into the parliamentary basement to find Fawkes, an already semi-infamous papist plotter, sat on thirty-six barrels of explosive materials.

Everyone who could have possibly been in on the whole thing was rounded up and executed, including a few Jesuits who may have known nothing whatsoever about the plot.

The Liberal Party was officially formed in 1859, out of the ashes of the old Whig Party. How they differed was that the Liberals pursued a radical agenda for the time (introducing secret voting and enfranchising non-land owners, for instance), as well as being slightly different in terms of the background of their leading lights. The age had finally come when one could lead a political party without having come from the upper classes. Gladstone himself was a shining example, as the son of a merchant from Liverpool.

However, this didn’t sit pretty with everyone and a few of the old starched shirts wanted rid of old W.E. This came to a head while the Reform Act of 1867 was going through parliament. This was done under Disraeli, a Tory PM, but had been largely supported by the radical wing of the Liberals.

The attempted coup was so pathetic, however, that it failed at the first stage. A group of backbenchers, most of their names entirely lost to history, put out a few letters to Scottish newspapers, were found out, and then told never to do it again. They duly listened and in 1868, Gladstone became Prime Minister. He was synonymous with the Liberal Party and indeed liberalism for the next thirty years, during which the old school Whig tendency died out.

“Mr. Gladstone’s power and influence,” read the contemporaneous Daily News, “will be enormously strengthened by the intrigue against him, which will be injurious only to the intriguers themselves.” This little piece of journalism that is almost a century and a half old could apply easily to any of the plots described here.

This one has never been proven, and could very well be a complete crock. In fact, MI5 continue to strenuously deny it to this very day. Still, whatever the truth, the conjecture makes for a hell of a story. The idea is that the security services, perhaps aided and abetted by other elements of the MoD, hatched a plot to take over the British government by force. A real live, literal coup d’etat right here in Old Blighty, in the 20th century, no less. What’s even better was apparently the Royal Family were going to assume executive charge of the country in the wake of this armed insurrection.

In 1974, the army took control of Heathrow airport on the grounds of some suspected IRA activity, but several commentators of the time said this was simply Part One of mission “Get Harold”. There were worries about the growing role of unions in the running of the nation, and of a sort of syndicalisation taking over Britain under the Labour Party. Or so the tale goes.

The whole thing is almost certainly complete fantasy. But, as I said, it does make for a memorable story.

There were so many attempted coups during the New Labour years, it was hard to narrow down the best ones. I think the series of attempts by Gordon Brown and those around him to bring down Tony Blair after the 2005 election are too good to leave out.

The 2005 general election saw Labour remain in government, but with a significantly reduced majority. Brown, sick of waiting for Blair to step down so he could take over as leader of the Labour Party, essentially spent two years trying to get his old friend to leave Number 10. In June of 2007, he finally succeeded.

“Project Volvo” specifically refers to ways the backroom team in the Treasury tried to remake Brown’s image to be more voter friendly. And we all know how that turned out.

There were a lot of plots to try and get rid of Gordon Brown whilst he was Prime Minister, but possibly the most memorably cack handed was the one that saw James Purnell jump out of the aeroplane – and watch as all of his colleagues who said they were right behind him stay put.

Essentially, Purnell was meant to be the first one to resign, at a time when Labour had just done very badly in the European elections (sound familiar?), and several members of the Cabinet were meant to quit in an even succession, bringing too much pressure on Brown’s premiership to withstand.

Only it didn’t happen like that and the Blairites lost their nerve. Ironically, it was Blair’s old right hand man and Brown’s former nemesis, Mandelson, who saved the day. He called up the plotters and convinced them not to jump. They were so used to listening to the Prince of Darkness (and being scared shitless of him, let’s be frank here), that it worked. No one quit. Except poor James Purnell.

Lesson: never volunteer to be the first one out the door during an attempted coup. Best sit back and make sure it doesn’t all go tits up before you put your neck on the line.